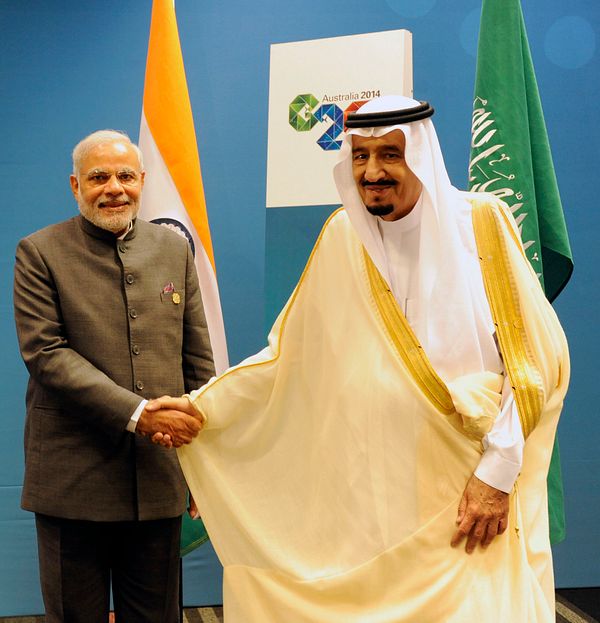 The new Saudi Arabia note was released on October 24 to make the occasion of Saudi Presidency of the G20. The Saudi Arabian Monetary Authority issued the note. However, the world map printed at the back of the note has wrongly depicted Jammu and Kashmir and Ladakh in Pakistan and not a part of India.

The Ministry of External Affairs said at a briefing that they have already reached out the authorities for the discrepancy in the Saudi Arabia note via their Ambassador both in New Delhi and in Riyadh. The ministry called this incident as the “gross misrepresentation of India’s external territorial boundaries on an official and legal banknote of Saudi Arabia”. They further said that they had asked the authorities to take urgent “corrective steps” towards Saudi Arabia note.

A spokesperson from The Ministry of External Affairs said that they would like to reiterate that the [entire] Union Territories of Jammu and Kashmir and Ladakh are “Integral parts of India”.

Prime Minister Narendra Modi has been trying for years to maintain and strengthen trade and broader diplomatic ties with India. This would be beneficial for India as it would it an advantage over Pakistan as Saudi is it’s closest ties. Last year, PM Modi broke the government protocol to personally welcome Saudi Arabia’s Crown Prince Mohammed bin Salman at the New Delhi airport. The people highly appreciated this gesture. The Foreign Ministry called it a “new chapter in bilateral relations”.

Also read: Sadiq Khan London’s will not participate in the Urban 20 summit hosted by Saudi Arabia

The relations between India and Saudi Arabia date back to 1947 when the visits between King Saud and then-Prime Minister Jawaharlal Nehru were frequent. Over the years, the relationship between the two nations has only strengthened with economic and socio-cultural ties. For decades, both nations have been able to maintain healthy trade and bilateral relationships.