The most beautiful Indian singer Shirley Setia is now streaming with Naga Shaurya. She makes a debut in trollywood with Naga Shaurya. The singer has a lot of fan base, her voice derives crazy and her music videos are mesmerising.

Now her music videos is soon to make her debut against Naga Shaurya in Tollywood. This news has created a sensation over social media Shirley Setia’s fans are surprised with this news. At the age of 25 she has able to garner this huge fan base all around the world. 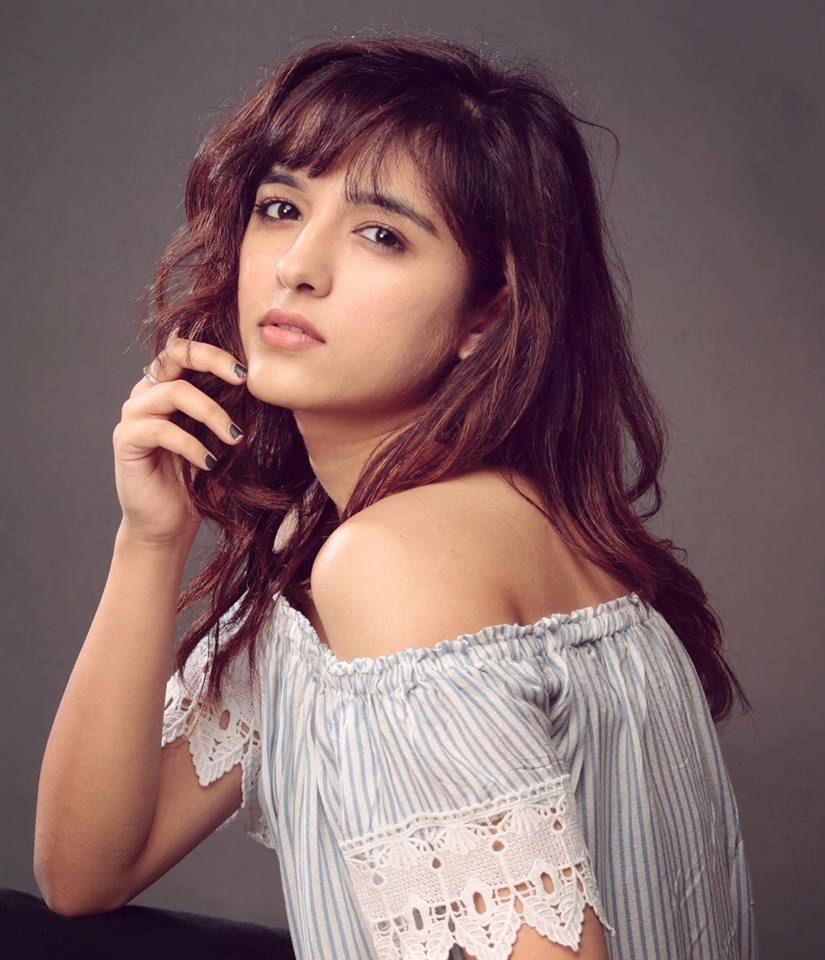 Shirley Setia updated a post on her social media account saying that she is so excited to share about her launch in Telugu Film Industry with Naga Shaurya directed by Aneesh Krishna. Ushamulpuri is going to produce the project and it will be under Ira Creations. She shared a joint picture of her and Naga Shaurya on her Instagram annount and the audience so much love to this picture. 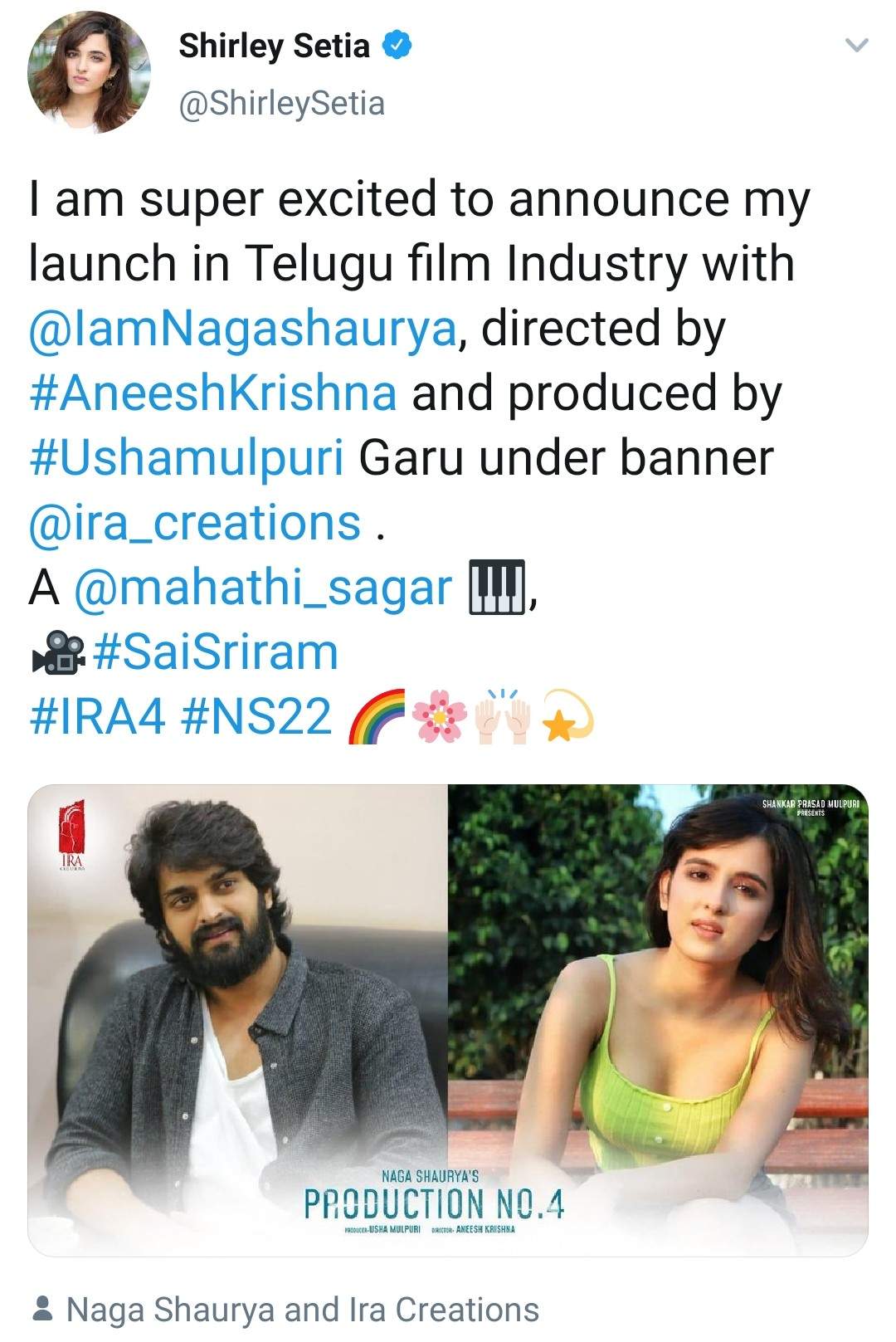 The production house and Naga Shaurya also welcome her onboard via tweet. A Mahati Sagar musical this movie is currently called #NagShaurya22. she has showed her talent in Bollywood and just because of that at the age of 25 the is favourite of million people who loves her and admire her talent. 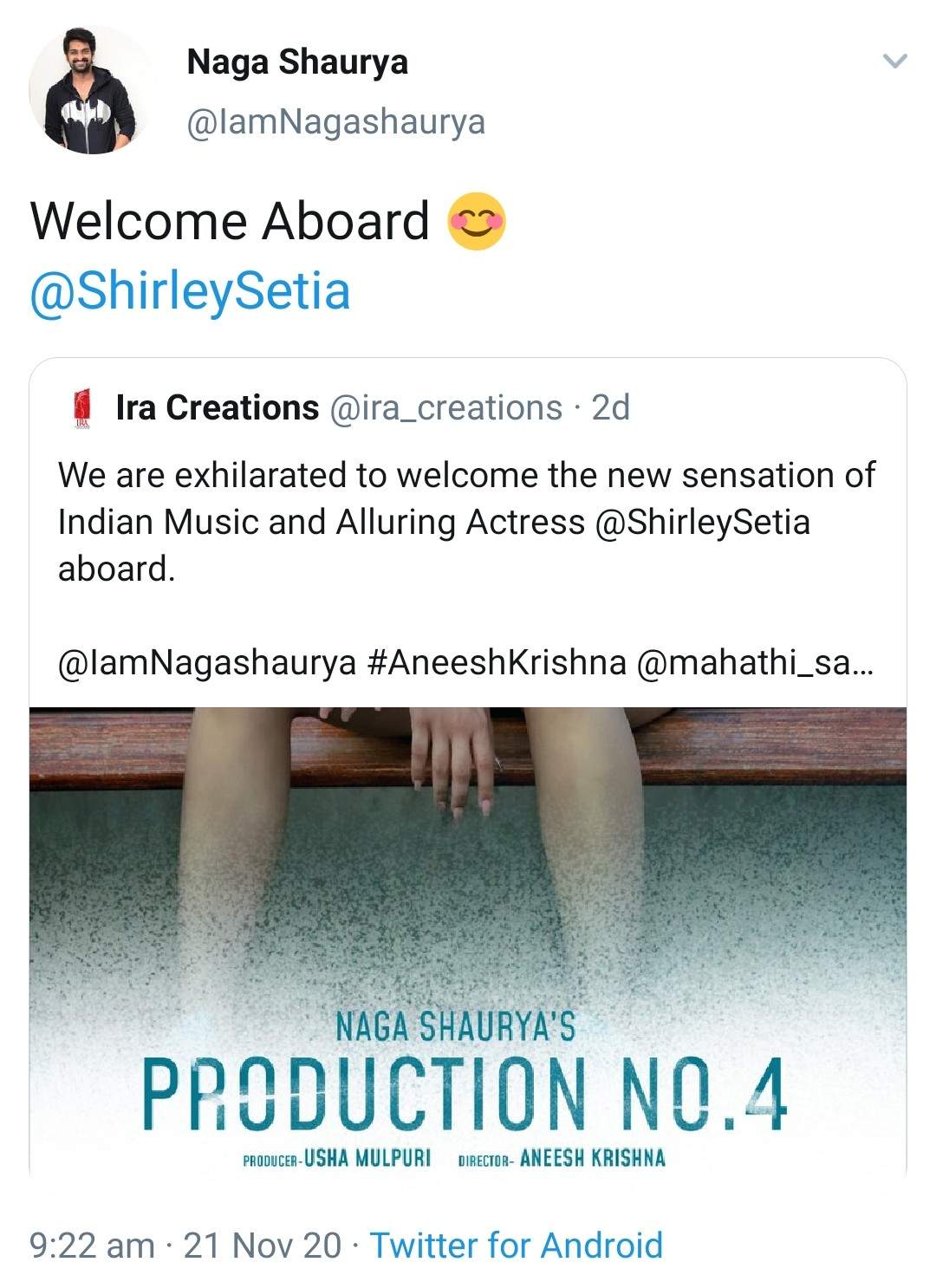 New Zealand Herald gave her a nickname which is “Pyjama popstar” because she was wearing the pyjamas when she her entry in youtube was recorded. The most famous newspaper Hindustan times considered her as India’s YouTube sensation.