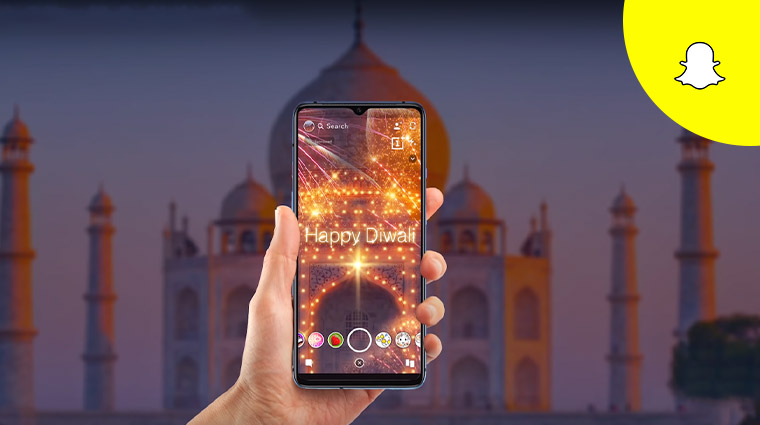 Snapchat is an American multimedia messaging app developed by Snap Inc., originally Snapchat Inc. One of the principal features of Snapchat is that pictures and messages are usually only available for a short time before they become inaccessible to their recipients

Snapchat has launched several lenses for users to enjoy the festive season. The app has also released new sticker packs, filters and Bitmoji filters. Snapchat claims the latest features will let users spend Diwali in an intimate manner while maintaining a safe distance. There will be festive-themed Cameos as well as Snap Map treatment on Snapchat.

In a press release, the company said that the special lenses have been created by members of its community of Official Lens Creators across the world. While one lens has been built by an official creator from the United States, there are other creators from Italy, Russia, Lithuania, Morocco and Nepal. Using Augmented Reality, users will be able to do a variety of fun tasks like “lighting a Diya with your finger or choosing different patterns of Rangoli”. Users will be able to experience the view of catching “floating lanterns in the sky and bringing some glitter and hope to surroundings”.

Interestinglythese new lenses have been created by Snapchat’s Official Lens Creators who are non Indians from the US, Italy, Russia, Lithuania, Morocco and Nepal. Snapchat users globally can start using the festive lenses.

These Features can be enjoyed by the users in any part of the world.In order to unlock the new lenses, users need to simply search for them in the app.

The Lenses will be available globally as people around the world celebrate Diwali, users can search for them on Snapchat. Simple open the Snapchat app and tap on the filter option, which is the emoji symbol and can search for the Lens by typing the name

Search for the following filters/lenses,(thank us later!)