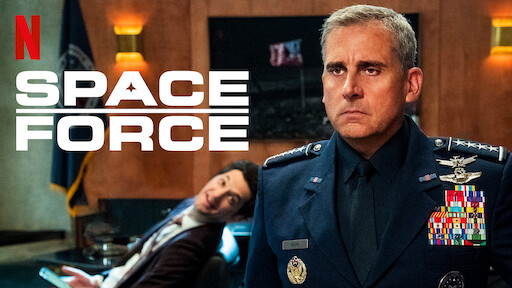 For fans of The Office, the question of what will happen if Michael Scott ran a government agency was not one asked by many but answered none the less with 2020’s Space Force. The show stars Steve Carrel as General Mark R. Naird the first head of the United States Space Force and delivers everything you can expect from a show based on such a wacky premise. With many fans eager for a second season, here’s what we know

The show was intially commissioned shortly after the 45th President of The US, Donald Trump announced plans to develop a Space Force to forward the US’ presence in outer space. Steve Carell, who is also a producer on the show pitched the idea to Gregg Daniels, with whom he has previously worked with on multiple projects.

The show premiered in May of 2020 and was not favored among critics. Fans however were highly praiseful of the show with particular appreciation towards the show’s light-hearted approach over such a serious topic and the cast’s amazing chemistry. Season 2 was sanctioned by Netflix earlier in November. Filming is set to start in 2021 in Vancouver.

The show revolves around General Mark Naird who is assigned the task of kickstarting the operations of The United States Space Force. Mark is often overwhelmed by the responsibility on his shoulders and constantly gets into scuffles with his next in command Dr. Adrian Mallory, Chief Scientist. Their contradicting styles of running operations, with Mallory favouring the scientific approach while Naird opting for militaristic solutions often lead things down the drain. By the end of Season 1, the US team on the moon have had face-offs with their Chinese Counterparts. Season 2 will reveal how that conflict evolves with the constant risk of Nuclear war looming over both countries.

The next season can be expected by mid 2021 until then all 10 episodes of the first season are available on Netflix.