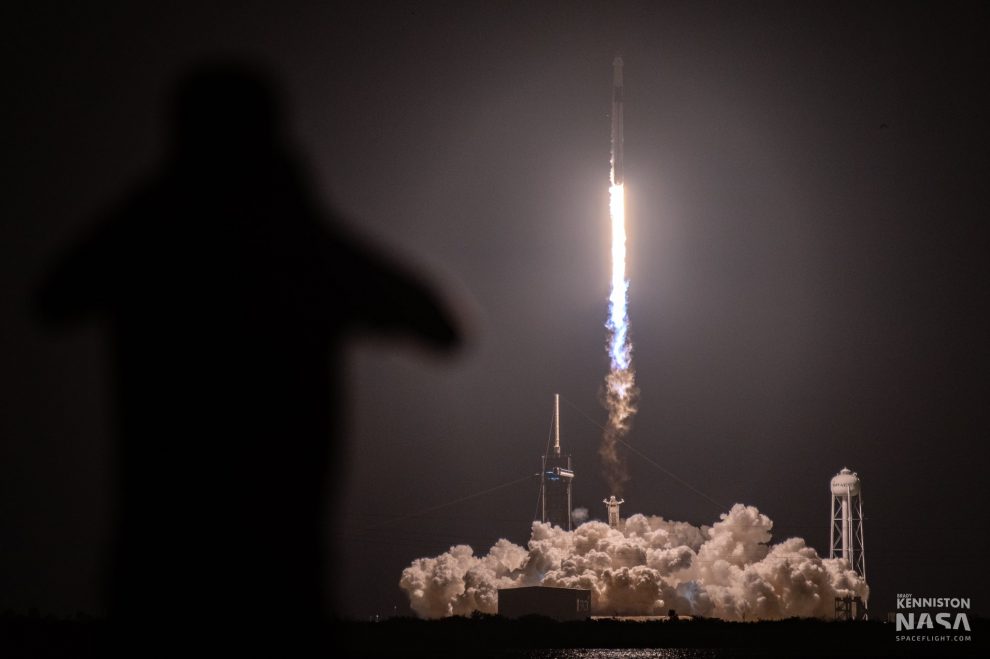 SpaceX owned by entrepreneur Elon Musk, launched four Astronauts out of which 3 are Americans and 1 Japanese- Michael Hopkins, Victor Glover and Shannon Walker and Soichi Noguchi(mission specialist from Japan Aerospace Exploration Agency). These astronauts have been launched into the International Space Station from NASA’s Kennedy Space Center, Cape Canaveral, Florida at 0027 Greenwich Mean Time. Micheal Hopkins is the Commander of this mission and Victor Glover is the pilot. Glover is also the first Black astronaut to make an extended stay at the International Space Station and Japanese specialist Soichi Noguchi is the first non-American flying into the orbit in a commercial space mission.

It is NASA’s first mission sending a privately-owned spacecraft into space. It is named as SpaceX Crew Dragon Crew 1. Crew 1 is the first operational flight of the spacecraft. Launched from Falcon 9 Rocket. The four astronauts are on a Twenty seven hours long journey en route the International Space Station. It is the first among the six crew mission among which the first three space shuttles will be sent into space between 2020 and 2021, “These integrated spacecraft, rockets and associated systems will carry up to four astronauts on NASA missions, maintaining a space station crew of seven to maximise time dedicated to scientific research on the orbiting laboratory,” as quoted in the NASA website.

Initially, the spacecraft was supposed to be launched on November 14th 2020 but got delayed and rescheduled due to unfavourable weather conditions.

This will be a new era for space travel. As it will be cutting lots of expenses of NASA and many other space research organisations it will also enable better scientific research “This partnership is changing the arc of human spaceflight history by opening access to low-Earth orbit and the International Space Station to more people, more science, and more commercial opportunities,” NASA has said.

In 2014 SpaceX along with Boeing was selected by NASA to develop space research systems to transfer space research crews from the US To the International Space Station. Crew 1 is NASA’s first commercial system and first commercial spacecraft. For the first time, the Federal Aviation Administration has also licensed a human orbital spaceflight launch.

This spacecraft is capable of staying in the space orbit for over 200 plus days and can provide nearly 500 pounds of cargo, science experiment to the International Space Station. The crew will conduct research on food physiology, which will study the effects of dietary improvements on immune function and the gut microbiome and how those improvements can help crews adapt to spaceflight

Unfortunately, SpaceX founder couldn’t be present at the launch since he has tested COVID 19 positive few days ago, but US Vice President Mike Pence along with his wife Karen Pence were also present at the launch and also applauded and called it “new era in human space exploration in America. This mission has also been appreciated by President-elect Joe Biden