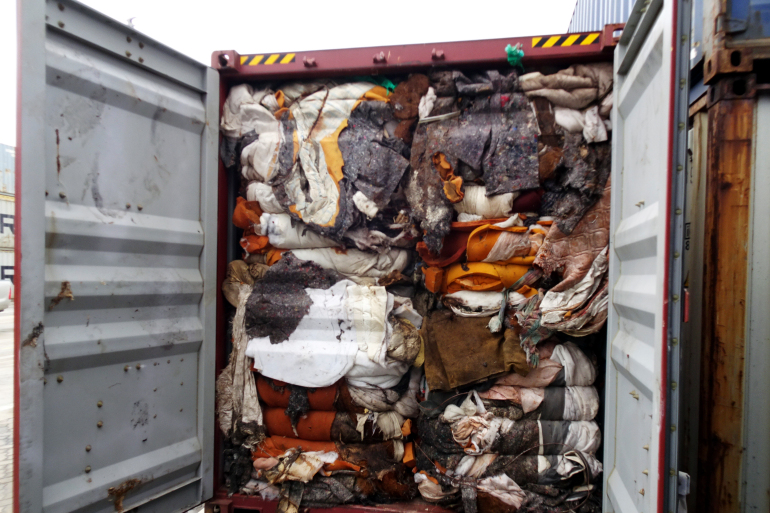 Sri Lanka claims 21 containers of waste are being transported back to Britain. Here’s why!

Authorities also confirmed that toxic waste products, even medical waste, have been detected in some of the containers in violation of international and EU regulations. The containers were said to be carrying used mattresses, rugs, and carpets for future recycling, officials said.

In several of the 263 containers imported by a private company, customs officials said that hospital waste was contained in them. Most of the shipments were held in warehouses, with re-exportation of only a limited amount of material for a long period of time. They also said that they contained plastic and polythene waste.

Even though customs did not disclose the form of hospital waste, however, according to authorities, prior illegally imported containers contained rags, bandages, and body parts from mortuaries.

“The 260 tonnes of garbage packed up in 21 containers, first delivered by ship in the main port of the capital Colombo between September 2017 and March 2018, left Sri Lanka on Saturday” customs told AFP.

“The shipper had agreed to take back these 21 containers,” Sunil Jayaratne told AFP on Sunday. “We are working to secure compensation from those responsible for getting the containers into the country.”

An EA spokesperson said: “We are in contact with the Sri Lankan authorities and have requested more information which would allow us to launch a formal investigation.”

A lot of other companies also lately started to return waste transported from foreign countries in the region. Also  In January, 42 shipping containers of illegally imported plastic waste were returned to the UK by Malaysia.

In order to have the 242 containers expelled from the nation, the Sri Lankan government is currently involved in legal action against the shipper.

Last year, a Sri Lankan investigation into almost 3,000 tonnes of illegally imported toxic waste found that in 2017 and 2018, the importer had reshipped about 180 tonnes back to India and Dubai.

Step up for a healthy heart on this ‘World Heart Day 2020’!
Who is Cindy Mccain, becomes second Republican to support Biden for President
Comment