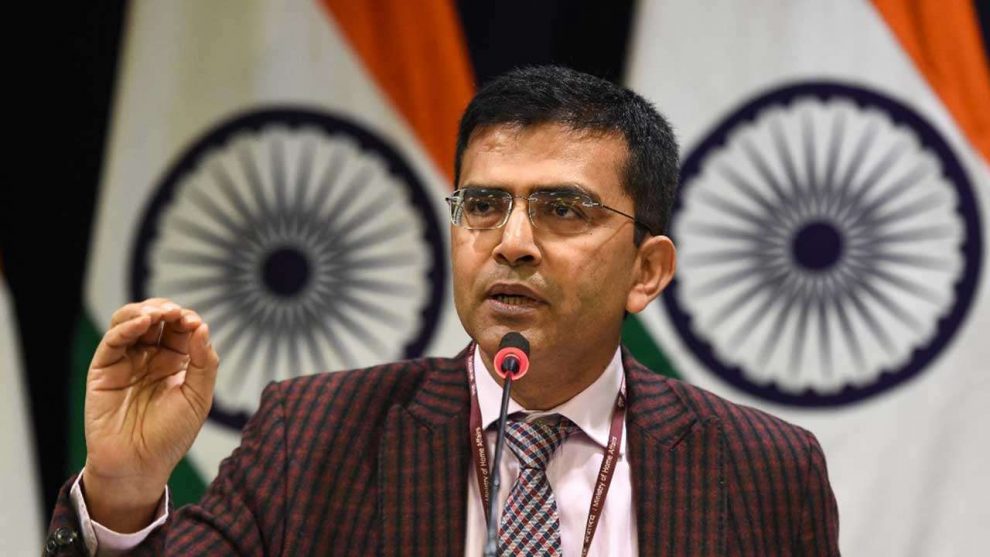 It is not that the military standoff between China and India has emerged recently or is the problem of one day. But, it has ever since been May that the military standoff between China and India is going in eastern Ladakh along the Line of Actual Control. The discussions between the two countries are also proceeding, but the two countries also failed to arrive at a conclusive agreement. Recently, a new development took place after China blamed India for the border situation to which India too responded by the spoke person of the External Affairs Ministry. Let’s know all about the recent developments between China and India.

Statement from the spoke person of the External Affairs Ministry

India stated on Friday that China’s action has led to the military standoff in the last six months in eastern Ladakh. They seek to effect a unilateral change along the Line of Actual Control (LAC) status. Anurag Srivastava, the spokesperson for the External Affairs Ministry commented at the briefing of a media when asked concerning the Chinese foreign ministry’s fresh comments and blamed India for the situation at the border in eastern Ladakh again. He said that their position has always been very clear and well-articulated several times in the past. Furthermore, he added that bilateral protocol and agreements are violated by such actions for ensuring tranquillity and peace in the border areas of India-China along the LAC.

Anurag also said that India has taken a note of the statement from the side of China that the agreements get strictly observed between both the sides and committed to border issue resolving in border areas through tranquillity, dialogue, and safeguarding peace. India expects that actions are matched with these words from the Chinese side. He also refuted and dismissed the claim of China regarding the lack of feedback from India led to the cancellation of commemorative stamps joint releasing of stamps. The stamps were scheduled to release for marking the two countries 70th anniversary of diplomatic relations. However, the Chinese side posted in a tweet about the cancellation citing and blaming India as the reason which was incorrect factually.

S Jaishankar who is an External Affairs Minister asserted on Wednesday at an international think tank interaction that a big turning point for the national sentiment was the martyr of 21 soldiers in the Galwan clashes. Furthermore, he added citing the mobilisation of thousands of soldiers by China at the LAC in Ladakh that disturbance in the bilateral relationship between the two countries is natural. On Thursday, the Foreign Minister of China responded to the same and blamed India for the present tensions at the border.

Hua Chunying who is the spokes person for the Foreign Ministry of China stated that it is very clear and the responsibility lies with the Indian side totally regarding the merits of the situation at the border. There is strict observation of the agreement signed between the two sides from the China and they are also committed to border issue resolving in border areas through tranquillity, dialogue, and safeguarding peace.