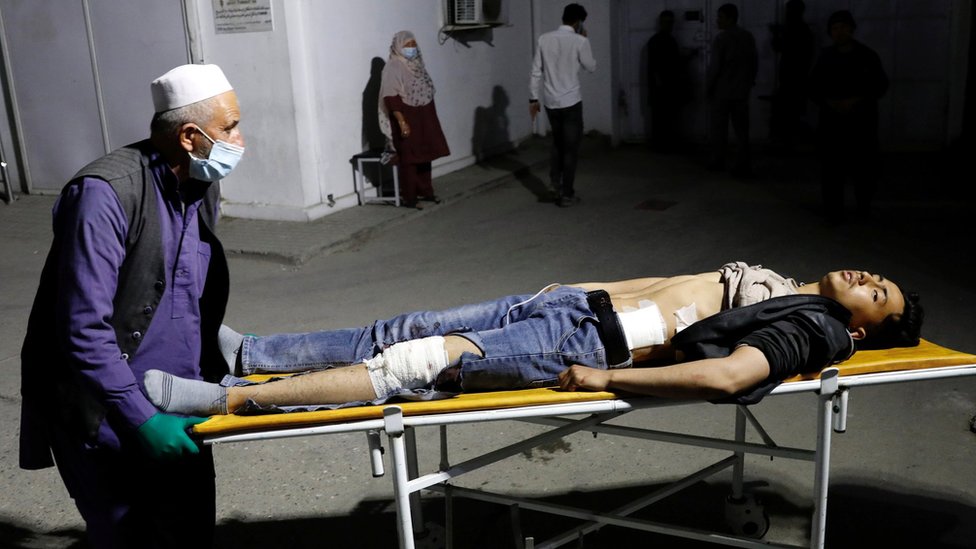 Afghanistan has faced yet another case of a suicide bombing in capital Kabul. The incident occurred at an education centre and has reportedly killed 24 people. It includes some teenage students and has wounded many others as well on Saturday.

Muhammad Hanif, the spokesman from the Ministry of Interior, said that the security had identified the bomber on the streets. The bomber had the explosives and was standing outside the Kawsar-e Danish Centre. The Health Ministry revealed that the victims were from the age range of 15 to 26 years old. While 24 people have been reported as dead, 57 people have been injured so far.

Soon after the bombing, Taliban spokesman, Suhail Shaheen said denied their responsibility from the attack. However, they are still under suspicion as they meeting with Qatar soon to work through a peace deal.

While the Taliban has refused any sort of allegations against them for the suicide bombing attack on Kabul, Islamic State seems to have taken the charge. However, there is no solid evidence available. Along with the Afghan government, an international organization like NATO has condemned the suicide bombing attack. The area where the attack took place is home to the Shia community. They are a minority in Afghanistan and have been a soft target from groups like Islamic State.

Talking to the press, a teacher from the Kawsar-e Danish centre (name has not been revealed due to security concerns) said that he and other members are in shock in light of events that have occurred. They said that thousands of children have been killed which leads them to a pathway to higher education.

This isn’t the first attack on the Afghanistan soil. Earlier this month, a suicide bombing car killed nine people and four of them were civilians. The car blasted at a military checkpoint in southern Afghanistan. A spokesman from the provincial governor, Omer Zwak said that the injured included a small child along with security personnel. The four civilians were passing by the car when it burst into flames. Two of the dead civilians were women.

No one has claimed responsibility for the attack but the Taliban is believed to be behind the act. The area is under the control of Taliban insurgents for the most part.

The violence comes as Taliban leaders and the Afghanistan government (negotiators) are moving towards peace talks in Qatar. Taliban has its political office thereafter the United States of America toppled them in the 2001 US-led invasion of Afghanistan. The negotiations which are supposed to take place by the end of October are expected to set a roadmap towards peaceful and post-war society.