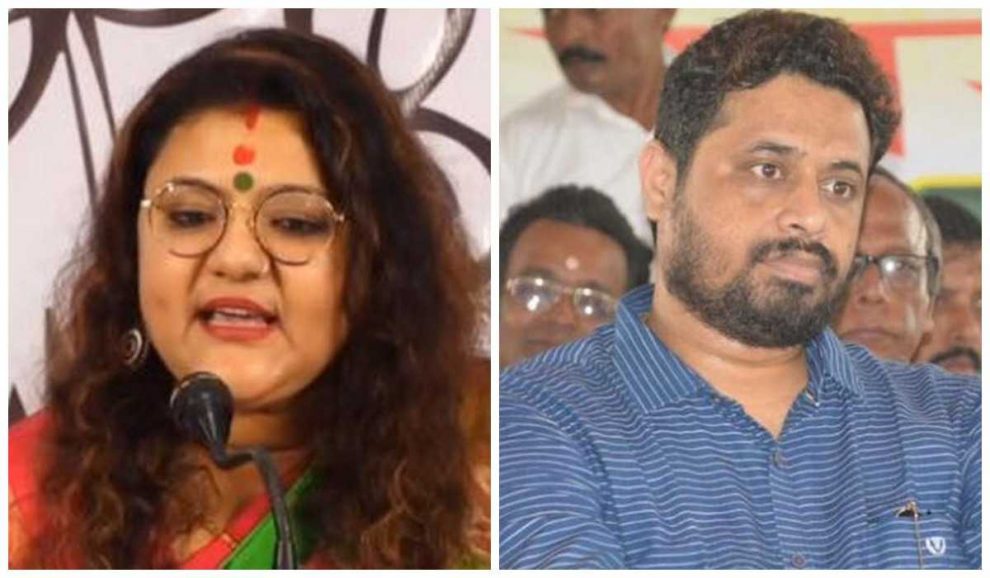 Kolkata: Sujata Mondal hit back after her husband and BJP MP Saumitra Khan sent her a divorce notice due to her quitting the BJP and joining rival TMC. Sujata was previously a party member and worked immensely to help her husband secure victory in the 2019 Lok Sabha Elelctions. She has also shared stage with Narendra Modi himself

Sujata Mondal alleged that her husband was being manipulated by bad people. “Saumitra is in the company of bad people from BJP who are trying to instigate him against me. The party that abolished Triple Talaq is asking Saumitra to divorce me today,” she said. Mondal also asked why was it that no party member has tried to talk him out of the divorce.

Saumitra and Sujata have been in a relationship for 10 years. She was the first major jump from the BJP after a string of leaders from TMC jumped ship to join Narendra Modi’s party. Saumitra Khan addressed the media after his wife joined the TMC. In a tearful interview he asked his wife to not use his surname anymore and that she will soon be sent divorce papers.

“When politics enter your personal lives, it becomes bad for the relationship.” said Sujata while talking to the ANI. She said the reason for her departure was that she felt unacknowledged after years of working for the BJP and campaigning for her husband. In the 2019 Lok Sabha elections she campaigned on behalf of her husband after he was barred from entering his constituency as a condition for bail in a criminal case.

Ms Mondal questioned how and MP and the BJP’s Yuva Morcha(Youth Wing) leader can openly ask for divorce in an abrupt press meet. She said she still loved her husband. “An MP from the party that ended Triple Talaq is asking me for a divorce because I changed parties” Ms Sujata Mondal reiterated

The race in Bengal is heating up with Home Minister Amit Shah promising to regularly return to the state. Meanwhile ruling party leader, Mamata Banerjee hit out on Amit Shah’s claims about the state of Bengal.