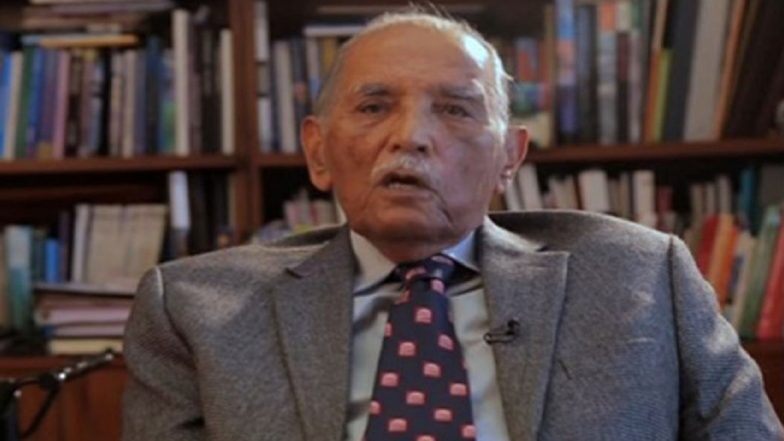 The first Cheif Executive officer of Tata Consultancy Services Mr.Faqir Chand Kohli aka FC Kohli passed away on Thursday in Mumbai at the age 96.

He was considered as the father of India’s IT/ software industry .He was the founder and first CEO of the software exporter TATA Consultancy Services.He responsible to put India on the global map of the Software industry.

“F C Kohli was a visionary who created and shaped an industry that transformed every facet of India. Multiple generations of men and women in India owe it to him for nurturing the IT industry that created millions of high-quality jobs, put India on the global map, and most importantly, helped believe in the power of technology to solve societal challenges,” said Ramkumar Ramamoorthy, who was the former chairman of Cognizant India and has also worked with Mr Kohli at Tata Consultancy Services.

FC Kohli was born on 19th March 1924 in Peshawar which was then a part of Indian Subcontinent.He did his schooling at Peshawar and completed his degree in BA and BSc Honours from the Government College for Men from Punjab University in Lahore.He was also the University hold medalist that year.In 1948 he went to Canada and completed BSc 3in Electrical Engineering at the Queen’s University he did his MS From Massachusetts Institute of Technology in 1950 while he was working at Canadian General Electric Company subsequently.

Mr Kohli joined Tata Electric Companies in 1951 later in 1969 he was appointed as the General Manager of Tata Consultancy Services which had been established just a year before Kohli joined.

His contribution to the Tech Industry is extremely significant he pioneered the Information Technology revolution in India and also helped the country build about $100 billion IT industry. He also received Padma Bhushan For his contribution in building the IT sector. A lot of people including Prime Minister Narendra Modi also expressed their grief on the Tata veteran’s demise

This Might Interest You: Diego Maradona, Argentine Legend and Global Icon dies Aged 60

Landline users will have to dial ‘0’ as a prefix before dialling
International Flights suspended till December 31st.
Comment