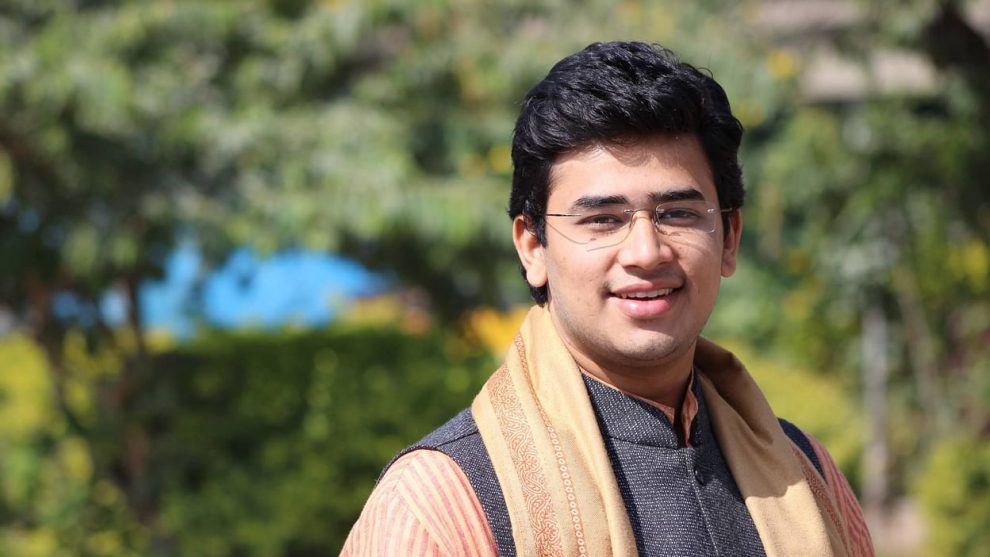 Hyderabad: BJP MP from Bangalore and the BJP’s youth wing Leader Tejaswi Surya is in hot water after being booked by the Hyderabad Police.

Tejasvi Surya was booked by the cops after a complaint was filed by the university administration. Tejasvi was in Hyderabad to campaign for his party, The BJP in the upcoming Greater Hyderabad Municipal  Corporation (GHMC) elections. (https://www.ghmc.gov.in/Documents/PRESS_NOTE_NOTIFICATION_AND_SCHEDULE.pdf)

Tejasvi held one of these campaign events inside the premises of the Osmania University. The university apparently had not granted consent for the same and were neither aware of the event.

Tejasvi visited the historic university on Tuesday when he showed up tp the campus with his supporters. He allegedly then made his way to the Arts Building, breaking down barriers and barbed wires put up by the university administration.

The MP took to twitter to address the issue. “BJYM is power of youth of India!No fences, no barricades, no police force can stop us from doing the right thing. The more you try to stop us, the more powerful will be our fight back!Jai Telangana!”  read the tweet by Tejasvi Surya

The MP also alleged that he was stopped by the Police however local policemen denied this report and said there were no such clashes between the politician’s supporters and police.