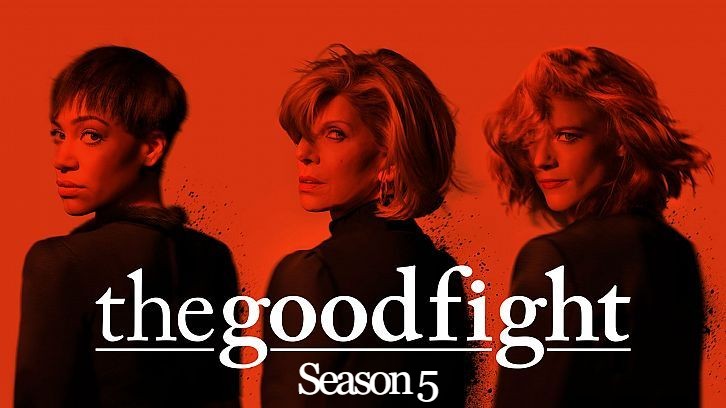 The Good Fight is an American legal television series produced for CBS’s streaming service CBS All Access. It is CBS All Access’s first original scripted series. The series—created by Robert King, Michelle King, and Phil Alden Robinson—is a spin-off and sequel to The Good Wife, The show deals primarily with the storylines of its three female leads – Diane, Lucca, and Maia – and contains considerable political and social commentary, exploring topical issues such as the alt-right, the Me Too movement, online harassment, and fake news. As well as starting again in a new firm with its own office politics to deal with, longtime Democrat Diane must navigate a world she hardly recognizes, becoming increasingly troubled by Trump-era politics and the actions of his administration. Lucca Quinn, a former employee of Diane’s, has found firm footing at Reddick, Boseman & Lockhart, and is a rising star on the partner track, balancing her dedication to her work and a romantic entanglement with US Attorney Colin Morello, a frequent opposing counsel. Meanwhile, Maia, Diane’s goddaughter, is trying to get her legal career off to a good start, while coming under pressure from the FBI over alleged involvement with her father’s Ponzi scheme. The firm is also joined by Marissa Gold, a recurring character on The Good Wife, an intelligent and self-assured young woman with Democratic Party connections who becomes their newest private investigator.

When is Season 5 coming out?

As the pandemic has put a stop to many production processes. With this, there were questions in the air when The Good Fight season 4 was cut short due too the fans were anticipating whether season 4 was finished or if it will be continued later? The pandemic has also affected the finale of the show as the team had to make changes because of the unexpected turn of events. However, the makers recently in an interview mentioned their future plans for the series. A season 5 is going to be premiered. Despite the changes and shortening of the show, the team has exciting plans for its audience and have adapted to the situation. the release date of season 5 has not yet been confirmed. However, we can expect it to release by late 2021 or early 2022.

The current season of The Good Fight has centered on Reddick, Boseman & Lockhart being acquired by a huge multinational law firm, STR Laurie. While the new owners initially seem like benevolent overlords, Diane (Christine Baranski) and her colleagues begin to chafe at the loss of independence while simultaneously investigating the emergence of a mysterious.

What the makers have to say

Robert and Michelle King,the makers of the series said “It’s been weird to not be able to finish the fourth season. It left the story in even more absurd a place than usual. So we’re thrilled that CBS All Access wants to bring The Good Fight back for an additional season, and we know what story we’re planning to tell. It’s like getting the answers to the SAT ahead of time.”

The current season stars Baranski, Cush Jumbo, Sarah Steele, Nyambi Nyambi, Michael Boatman, Zach Grenier, John Larroquette, Audra McDonald and Delroy Lindo. Hugh Dancy joined the series in a recurring role this season. But Lindo is departing The Good Fight at the end this season, though the Kings have said the door is open for him to return in the future.

Are you excited for the new season ? let us know.