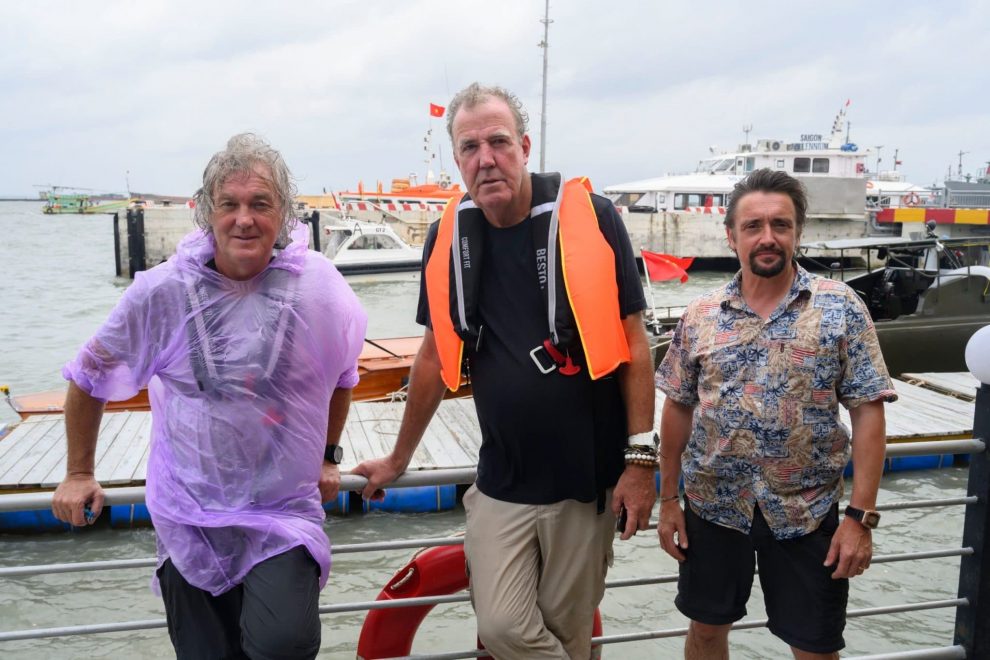 In the first of its genre of feature specials, Jeremy Clarkson, Richard Hammond, and James May take time off from cars and embark on a larger than life journey through Cambodia and Vietnam in boats. The escapade and voyage enthrall the hapless trio. They live through thrills, spills, and life-threatening danger as they attempt to steer their way through the world’s most iconic destinations. The series belongs to the genres of comedy, sports, unscripted, documentary.

They elucidated in the last episode of The Grand Tour season 3 that the show would be espousing a ‘specials-only’ format with no studio, no racetrack and no challenges. It looks like the era of steady programming that was presented by their previous network – and a career which traversed 25 seasons in totality – had finally wrapped up. It got many of us wondering if The Grand Tour season 4 stands cancelled.

Jeremy Clarkson informed GlobalNews that the upcoming episode “starts in La Réunion and then ends largely in Madagascar. We started on the very same beach that a Scotsman was eaten the other day.” (Clarkson is talking about a British citizen who was pounced and killed by a tiger shark in November 2019).

Presenter Jeremy Clarkson is still frequently answering questions about the same on Twitter – as last week, Clarkson’s reply to the date when the Madagascar special will be dropping was to “Ask Amazon”, his usual way of answering people who enquire about The Grand Tour’s next segment.

What to expect from The Grand Tour Season 4?

Apart from this, we don’t know much pertaining to the next episode. A few reports cite that the trio was ‘marooned’ on a tropical island, a long way away from their squad. Since Amazon has formerly established that the special is coming out this year, as filming has already been finished before the pandemic, that means we’re going to be able to see it in November or December now, if they decide not to go for a surprise release. That’s about a year after the release of the earlier special – December 2019’s Seamen.

With October already ahead of us, it seems very implausible that we’ll be able to see The Grand Tour return next month as Amazon’s original shows have a tendency to have their premiere dates issued a month or more before they come out (with The Boys, Utopia and Truth Seekers being latest examples). This lets buzz to be built up for each show, as with media interviews, trailers and so on.