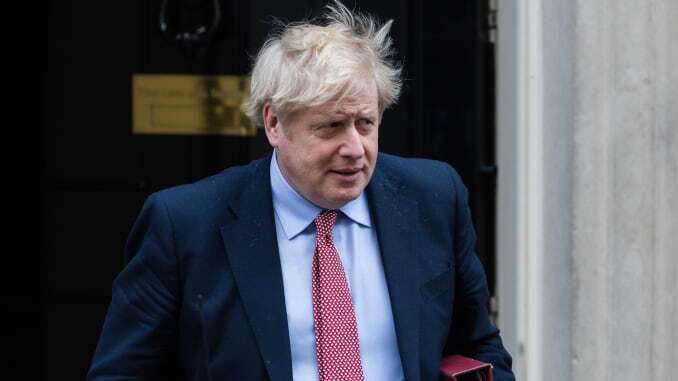 On Wednesday The UK became the first country in the west to approve a COVID-19 vaccine. The vaccine which has been approved us developed by Pfizer and BioNTech.British Prime Minister Boris Johnson called this development “fantastic ” and said “it’s the protection of vaccines that will ultimately allow us to reclaim our lives and get the economy moving again”

The vaccine will initially be given to vulnerable care home residents and hospital staffs.The UK has ordered 40 million doses of this vaccine of which 800,000 will arrive from Belgium where the company’s production base is located.

Nearly 80 thousand doses are due for being rolled out from Next week.The MHRA that is Medicines and Healthcare Products Regulatory Agency which is the regulator in The UK granted approval after thoroughly analyzing the data that had been submitted to it on a rolling basis.

“The UK government has today accepted the recommendation from the independent MHRA to approve Pfizer-BioNTech’s Covid-19 vaccine for use. This follows months of rigorous clinical trials and a thorough analysis of the data by experts at the MHRA who have concluded that the vaccine has met its strict standards of safety, quality and effectiveness… The vaccine will be made available across the UK from next week.”An official spokesperson said.

The vaccine initially is supposed to be refrigerated between minus 70 and 80 degrees Celsius and is 95% effective. The vaccine should be administered in two dosages in a gap of 21 days.

The arrangements for mass vaccination around the country have been made by the NHS that is the National Health Service in the near future.

“The NHS has decades of experience in delivering large-scale vaccination programmes, and will begin putting their extensive preparations into action to provide care and support to all those eligible for vaccination.” said the spokesperson“To aid the success of the vaccination programme, it is vital everyone continues to play their part and abide by the necessary restrictions in their area, so we can further suppress the virus and allow the NHS to do its work without being overwhelmed.”They added

Pfizer said that it expects to produce 50 million dosages by the end of this year and half of them would be going to the United States of America. As each person would require to take two doses of the vaccine 21 days apart ,around 25 million people around the world will be able to begin vaccinations by 2021.

Pfizer is an American multinational pharmaceutical company. And also one of the world’s largest pharma company and BioNTech SE is a German biotechnology company based in Mainz that develops and manufactures active immunotherapies for patient-specific approaches to the treatment of diseases.

This Might Interest you: Serum Institute’s Vaccine Trial Goes Wrong

UN votes to remove Cannabis from the list of Dangerous Narcotics. India voted for reclassification too.
Over 1000 people protest against PM Nethanyu in Israel
Comment