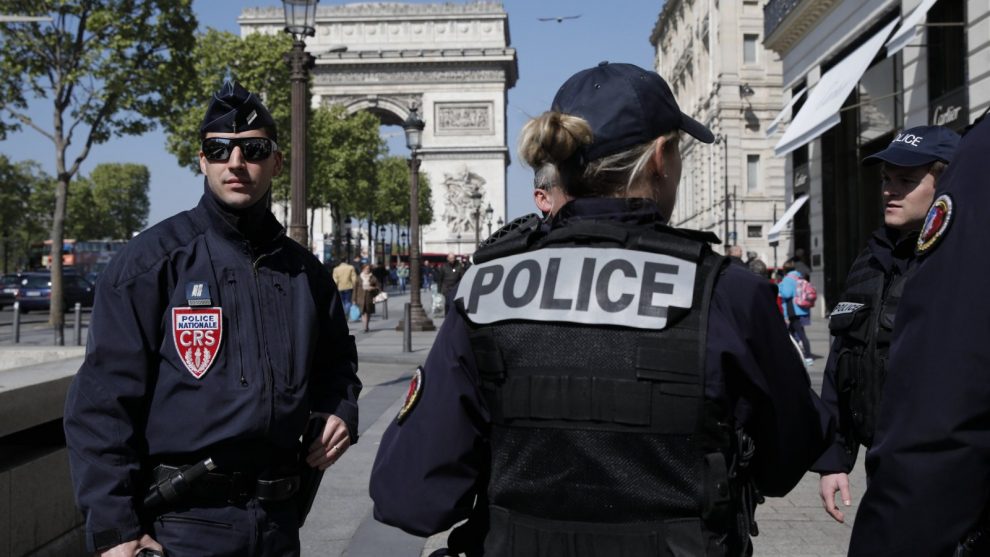 One of the countries who have the highest murder rates linked in Western Europe to domestic violence in France.  Reportedly, Partners killed 146 women in 2019 as said by the interior ministry. A nationwide campaign against domestic violence is also prompted by the statistic. Now, according to multiple reports, an incident took place on the morning of Wednesday in central France with the police officers while responding to a call of domestic violence. The incident shook the country that even leads to the death of the law enforcement officers at the incident site. It is also reported that later on, the suspect got caught.

The unfortunate incident took place just 300 miles in the south-east of Paris in a remote village near Saint-Just. The alleged victim of the violence, the woman called police for help after taking refugee on the roof of the home. Reportedly, the woman got rescued but the house caught on fire. A gunman killed three of the officers who responded to the scene while the fourth one sustained an injury but not life-threatening wounds. The name of the police officers who got killed in the incident has been identified as Adjutant Rémi Dupuis, 37, Brig Arno Mavel, 21, and Lt Cyrille Morel, 45. It was lengthy standoff faced by the police as they approached the house just after midnight.

The accused before fleeing the scene open fired on the police officers. A wide-ranging manhunt was also undertaken and deployed to the area in a rapid-response unit of 300 officers. A spokesperson said that the gunman was found dead later on his car. However, it is still unclear as to the circumstance of his death.

According to an official in the office of the prosecutor in the nearby city of Clermont-Ferrand., the suspected accused and gunman was known to authorities as he had at least one past judicial case involving non-payment of child maintenance and has been confirmed to be 48 years old.

Tribute to the Police Officers

Jean Castex, the Prime Minister of French addressed the same on Twitter. He said that the whole country is in mourning and the tragedy touched everyone, “This tragedy touches us all and mourns the whole country. I share the pain of their loved ones and their brothers in arms and assure them of my unwavering support.”  Emmanuel Macron, the President of French called the police officers as heroes and said that the whole nation is mourning for their families.

Gérald Darmanin, France’s interior minister termed the shooter as maniac during a press conference. He said that he came to present his condolences to the comrades of the 3 gendarmes who died last night. The whole nation is mourning for them and he also asked people to never forget those who risks their everyday lives for protecting the public. There is not much information regarding the death of the suspect and as to how he died. Everyone is affected by the tragedy and the whole country is grieving.

Rajinikanth gets discharge from Hospital
China infuriated after the U.S. passes bill for choosing the successor of Dalai Lama
Comment