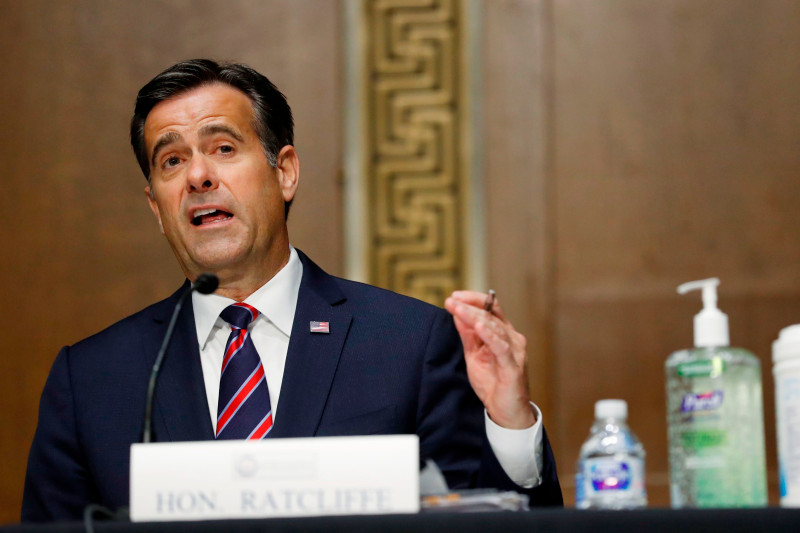 It is no news that America, during the Donald Trump government, had continuously blamed China as one of the most significant threats since the occurrence of COVID-19. The same claim recently got again stepped up by the U.S.’s top intelligence official, John Ratcliffe. Mr. Ratcliffe, the National Intelligence Director and former congressman of the Republican party made the same comment in the Wall Street Journal in an opinion article. Donald Trump appointed Ratcliffe last spring to the top spy job.

John Ratcliffe’s claim against China
John Ratcliffe said that freedom and democracy’s greatest threat is China since World War II. According to the officer, even preparation for a confrontation with the U.S. was going on in Beijing. They intended to dominate the whole world technologically, economically, and militarily. Ratcliffe further wrote China steal U.S. secrets for growing their powers and then replaces the market with U.S. firms. China was brought to a hard line by the Trump administration as Beijing got accused of intellectual property theft, and Chinese goods got imposed by tariffs.

According to Ratcliffe, it is clear to the intelligence that Beijing is planning for the U.S. domination and the rest of the world technologically, economically, and militarily. The Chinese Communist Party activities are offered a camouflage by many prominent companies and public initiatives of China. The recent Op-ed results from the several punitive measures taken against Beijing by the Trump administration, including the unveiling of new sanctions on China’s companies and limiting the number of visas of the members. China also got ordered earlier this year by Trump to close their Houston consulate in response to the charges the U.S. citizens got intimated and espionage efforts were carried out by diplomats of China at the Mission.

Ratcliffe further added that the present generation would get judged by its response to China’s efforts to replace America, become the superpower, and reshape the world. Everything is clear to intelligence, so the answer should be as well. Preparation should also take place in Washington as Beijing is also preparing themselves for confrontation.

China refutes the claims against them.
The claims made again got refuted during a briefing on Friday by the Chinese foreign ministry spokesperson, Hua Chunying. The article is a concoction of lies by the U.S. senior-most intelligence office and rejected the same. In the regular briefing on Friday, Hua Chunying said that the writing is just a headline of sensation and there is no real evidence for proving the claims. The official just said, and repeater what they think is nothing but lies. She also said and hoped that America’s politicians would stop selling and make news that is fake and stop spreading and fabricating such lies and political viruses and will only expect them to stick to the truth. It will damage the relationship between China and the USA and hurt the United States’ credibility. A spokesman from the embassy of China also said that Ratcliffe’s comments were only hypothetical and distorted from facts showing some people’s ideologies only