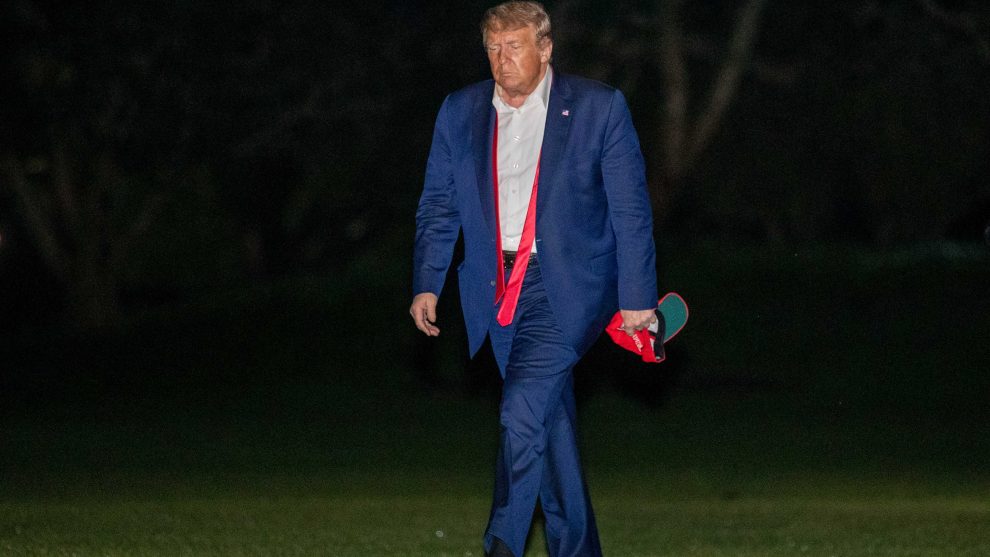 Washington: After weeks of disputing election results and breaking tradition, during a press conference on the 27th of November President trump finally said he is ready to concede. Trump has agreed to leave office if the Electoral College votes him out.

Trump is now down in the popular vote share by almost 6 million, with his electoral tally being 232. With these numbers, it is impossible for Trump to win a second term in office. This was the first time Trump took questions from the press since he lost the election

It was filled with classic Trumpesque moments with the President spouting baseless claims of election fraud and de-legitimizing the entire election process. The president also took shots at the democratic candidates in the upcoming Georgia run-off elections, claiming Jon Ossof to be a “socialist or a communist”

When asked by a reporter if he would leave office when the Electoral College votes are cast, Trump replied, “I will, you know I will but it will be a big mistake by them” The president went further stating, “It is hard to concede because you know this election was a fraud”

The Electoral College will meet to cast its votes on the 12th of December. Every state’s representative will cast their vote for the state’s winner. It is unlikely that Trump will be able to influence this.

Just like the President has failed to provide any evidence of fraud in his twitter rants, his legal team faces the same problem inside the court-room. Multiple cases alleging fraud have been dismissed by various courts citing lack of evidence.

Trump also got into a scuffle with a journalist when he pointed out that Trump’s claims of ballot fraud are baseless. The president called the reporter “a lightweight” and exclaimed, “I am the president and you will not speak to me like that” before moving on to another question.