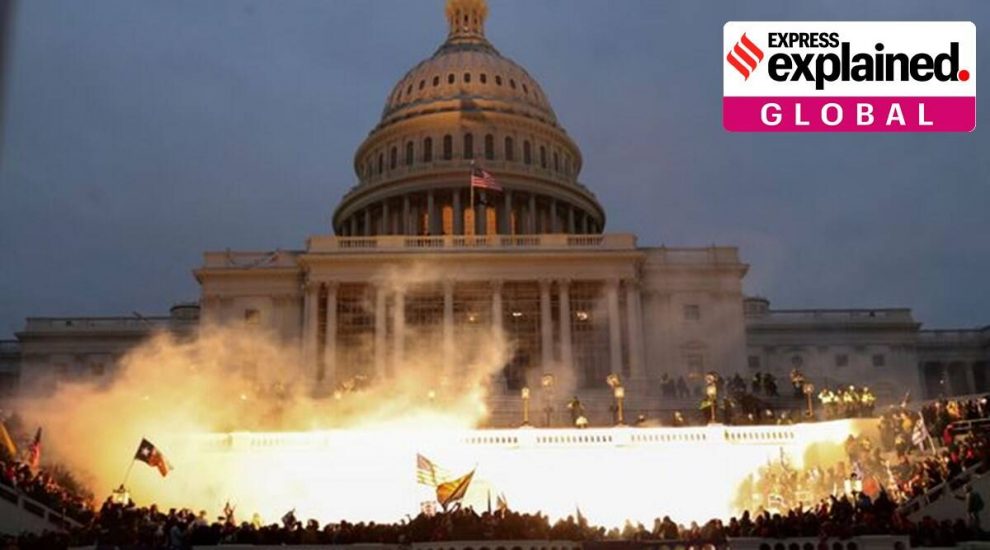 Minutes after Congress confirmed Joe Biden as the 47th President of the United States, Trump agreed to have an “orderly transition”

Washington: After an evening of chaos, destruction and desecration in the building that stands as a symbol of Democracy around the world, The Capitol, President Trump has finally asked his goons to stand down and seemed to call for an “orderly Transition”

Since the President’s Twitter account has been suspended (Due to a tweet and a video where Trump further alleged of voter fraud, didn;t condemn the siege on the Capitol and neither asked the rioters to leave the building) due to which he had to make the accouchement via Dan Scavino’s handle.

The words used were very tactical, never accepting that Biden was the winner or that he will be the one transistioning to power on the 20th. It read, “Even though I totally disagree with the outcome of the election, and the facts bear me out, nevertheless there will be an orderly transition on January 20th. I have always said we would continue our fight to ensure that only legal votes were counted. While this represents the end of the greatest first term in presidential history, it’s only the beginning of our fight to Make America Great Again!”

Many Trump supporters in the replies have taken this as a supposed sign to maintain “calm before the storm” (Storm being a narrative in the QAnon conspiracy community wherein President Trump will erase the “Deep state”). Many have also touted the idea to put the 25th Amendment into motion which would make Mike Pence the president for the remainder of the presidency which cites if the president is unable to do his job, the Vice President becomes the President. This can happen for just a little while if the President is just sick or disabled for a short time.

The chaos at the Capitol went on for 4 hours before the National Guard stepped in to clear out the site. In the commotion, 4 lives were lost and until now 53 arrests have been made. The sequence of events clearly shows the involvement of Donald Trump himself was hugely responsible for everything that unfolded. From gathering his supporters in DC, the day the election was to be certified to the speech he gave outside the White House, rallying his supporter to walk towards the Capitol to show “support” to the “weaker” members of the Republican Party.