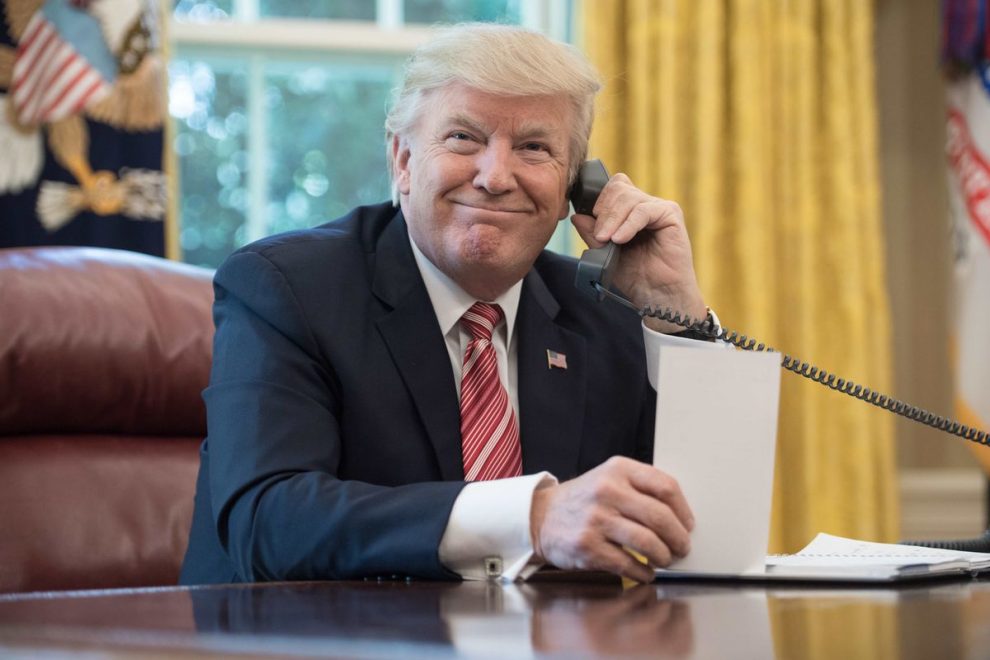 Washington: In a new leaked phone call between President Trump and Georgia governor Brad Raffensperger’s team shows the president openly asking his colleagues to over turn the results of the election. Losing Georgia was a massive blow to the Republicans and President Trump as Joe Biden became the first Democrat to win the state in almost 3 decades.

During the call the president said, ” We spent a lot of time one this and going over some of the numbers we see, We Won, Wes substantially won in Georgia” claiming his first piece of evidence to be the size of his rallies in Georgia that he claimed ranged between 20000 to 30000 people. The available numbers for Trump rallies in 2020 show that the highest attendance at one was 20000 both at a Florida rally.

Trump further enquired of the governor if there were any validity to the claims that there had been ballots that were shredded to which Raffensperger promptly replied, “No”. Further Trump said that he heard rumors of Dominion(The company that manufactures voting machines for the US Elections) moving voting machines out of the state, the California gov’s lawyer Ryan Germany promptly informed the president that it was not true. Trump further insisted on if parts of the machine were taken out to which Germany replied, “No”.

In the course of the hourlong phone call, the president went on to ask the Governor to find “11,780 votes” justifying it by saying, “Many political people said that we beat Biden, they thought they would lose but they(Biden) ended up winning” The president further touted debunked conspiracy theories that dead people voted in the elections ( a claim the Trump Team of lawyers have put out in every state lawsuit).

The outgoing president said, “You should want to have an accurate election, and you’re Republican” Raffensperger replied “We believe that we do have an accurate election” after which Trump sighed, “No ,no ,you don’t. No No You don’t. You don’t have. Not even close” Trump also seemed to threaten the GOP Governor before the senate run-offs, “A lot of people know this was a scam and they will not come out to vote because of what you did to the president, You have a bug election coming up on Tuesday. You would be respected if you straightened this out before the election” said the president.

Georgia will have two senate races that will determine who holds the US Senate. Currently held by Republicans Kelly Loeffler and David Purdue they will face Democrats Raphael Wornok and Jon Ossof

“We can change the course of the Pandemic in 100 days,” says President-elect Joe Biden
Israel Adesanya vs Jan Blachowich booked for March 6th
Comment