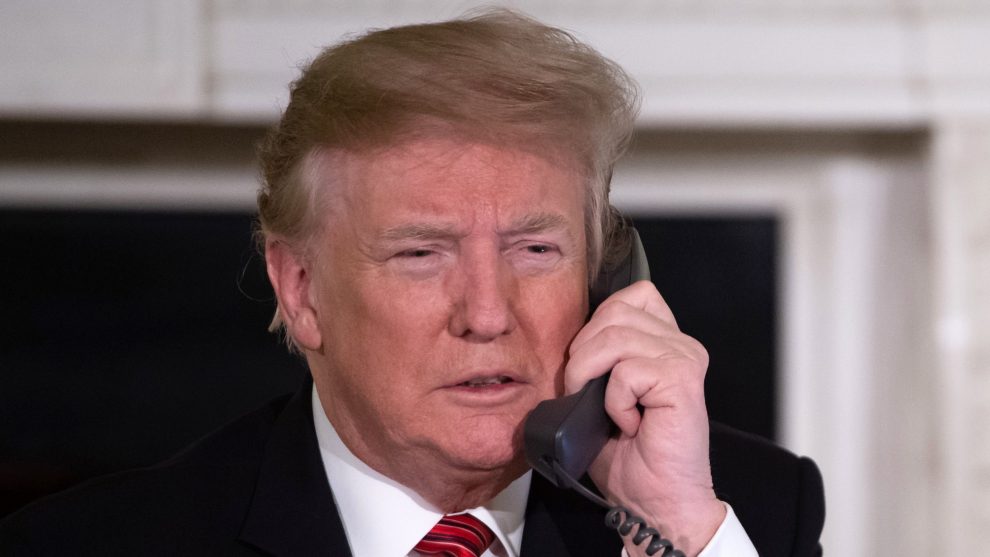 Washington: A thousand years ago no one would have ever imagined in their wildest dreams that teenagers will be able to take on the most powerful man in the world. Today through the magic/curse of the internet it is entirely possible and believe you they are coming for the president.

Not in a sinister way but these teenagers have caused every obstacle in the way of President Trump’s desperate attempts to find voter fraud and they’re doing this by prank calling the voter fraud hotline set up by the administration. The trend started on tik tok and now has taken ver various social media platforms.

It was initially Last Week Tonight host, John Oliver who suggested his fans do the same on the episode after the 2020 US Elections. Teenagers in the US Took it to themselves to make this true. Many posts show the callers suggesting that they had information on voter fraud only to play the Shrek Theme Song or the famous John Cena Prank.

One notable video was that of a user calling up the hotline and telling the attendant they have information on voter fraud only to say, “I saw an obese turtle rolling over his back flailing in the hot sun, realizing..” until the call was cut off. The attendant obviously realized that she was referencing Anderson Cooper’s analogy on the president’s refusal to concede

As of now, the Supreme Court has denied to hear the Trump campaign lawsuits on voter fraud and all other cases filed by the campaign in various cities and states have been dismissed as well citing lack of evidence. On the 14th of December, The electoral college officially cast it’s votes giving Biden the 270 required to be president. Trump is yet to give a concession speech or just concede in general.

AAP to Contest in 2022 UP State Elections
Babulnath: A 1000 Year History surviving at the heart of Modernity
Comment