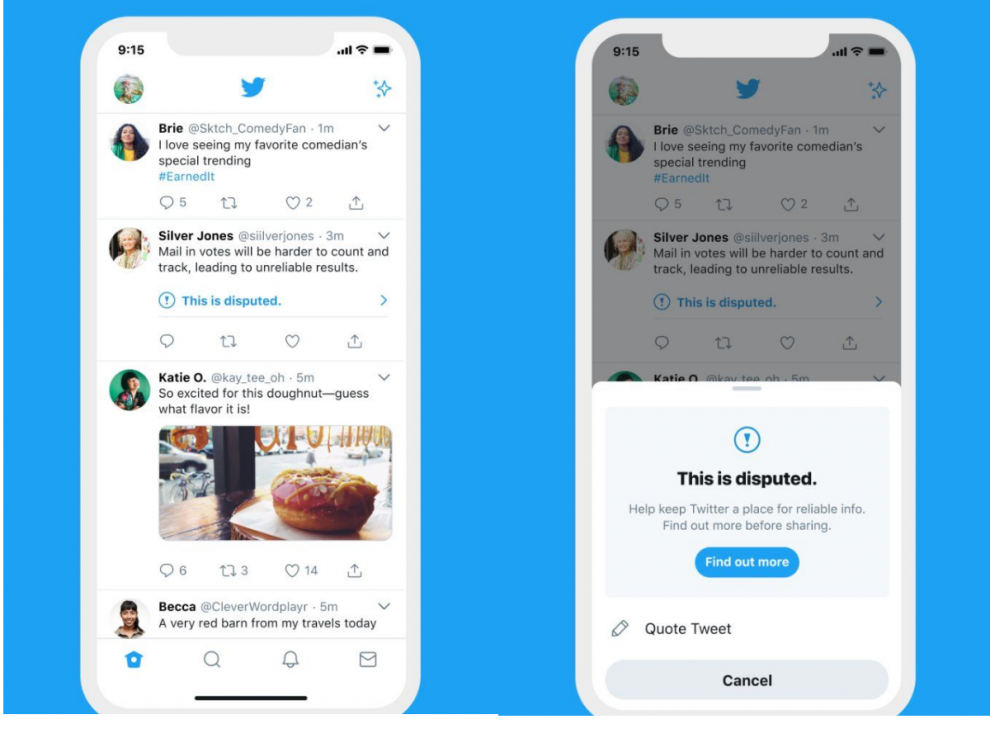 Its not news that social media is a hotbed for sharing .misleading and fake news.Twitter is one of the most used social media to be used as a tool for such fake and misleading news.Despite if taking numerous measures the flow of such news spreads on daily basis and hasn’t stemmed the flow.

In latest move to tackle the spread of fake and misleading information and news,Twitter will no be warning its users if they like or share any such misleading tweets.

In a tweet posted by the official Twitter support handle on November 24th they said “Giving context on why a labeled Tweet is misleading under our election, COVID-19, and synthetic and manipulated media rules is vital. These prompts helped decrease Quote Tweets of misleading information by 29% so we’re expanding them to show when you tap to like a labeled Tweet”

Keeping the ongoing global pandemic and US Presidential elections twitter decided to step up its efforts to tackle the spread of fake news and misleading information.Twitter will also warn the users before they retweet or comment on any such misleading tweets.Recently they started labeling such tweets which also included several tweets by US President Donald Trump.

The latest feature is still under process and yet to be introduced. The feature will first be made available for web and iOS users and for android within a few week’s time.

This step will be very helpful in order to prevent the spread and going viral of fake news and misleading information as these labels will refrain the users from making such misleading posts go viral.Between October 30th to November 11th nearly 3 lakh tweets were labelled by Twitter according to Twitter’s announcement.

Twitter recently also introduced FLEETS which are only visible for twenty four hours time just like Instagram stories and WhatsApp stories.India was among the first countries to get the fleets feature it was made available around the globe just a few weeks ago.