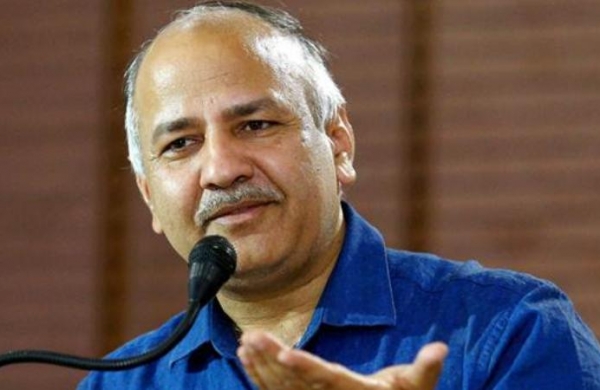 Delhi Model v/s Yogi Model of Education, the debate was well responded by, Manish Sisodia but in vain was turned back by police from a Lucknow School.

On Tuesday, December 22, Delhi Deputy Minister and Education Minister, Manish Sisodia was stopped by the police on his ways to visiting a school of Lucknow of UP. The minister was challenged by a UP minister and in to respond to his challenge Sisodia decided to visit the school. Later when he was stopped by the police he tweeted and asked Yogi Ji, if he will be arrested for visiting a Lucknow School on an open invitation by a UP Cabinet, MP. He further tweeted mentioning the MP, how the police stopped him to visit the schools and this will open the reality of the Lucknow schools.

The UP counterpart of Sisodia, Satish Dwivedi asked the AAP minister to visit the schools of UP and how it will open their eyes. The war of words continued to the Gandhi Bhawan on how the education system of UP and Delhi were better in their own ways. At Gandhi Bhawan, MP, Manish Sisodia argued how the schools in Delhi under the Kejriwal Government improved. He also showed an 18 years old video of a school and how the conditions of the school have improved since then.

Siodia further tweets on his Twitter Handle challenging the Yogi Government, how he will reveal the truth of his schools and shares a video how the police stopped him from visiting another lucknow school which was just 8 KM away from Yogi Ji’s office.

AAP to contest UP elections in 2022

On Tuesday, the chief of AAP and Delhi Chief Minister, Arvind Kejriwal states in a press conference that they will be contesting in the UP elections in 2022. Kejriwal went on to say how the government of UP have stabbed the people on the back. Also, many parties have governed UP but all were only filling their homes. He furthermore questioned the UP CM, Yogi Adityanath that many people from UP were coming to Delhi for health and education facilities and asked if the biggest state of India, can’t become the developed state of India ??.

Sisodia in turn also later pointed out how the condition of UP has gone worse since five years and how the condition of Delhi has improved much more and its all because that Delhi people had chosen an honest government. He also stated that how the fees in private schools were increased in manifold than the fees in the schools of Delhi. He further mentions how the electricity supply in Delhi is 24/7, unlike Uttar Pradesh.

UP Mission, 2022 to be launched by Manish Sisodia and the same will begin with the panchayat elections in March 2021. The campaign is to be launched with the view of gaining support from the people of UP. Since, AAP’s announcement in contesting in the UP assembly elections, there is a war of words going on between the AAP leaders and UP government’s BJP leaders.