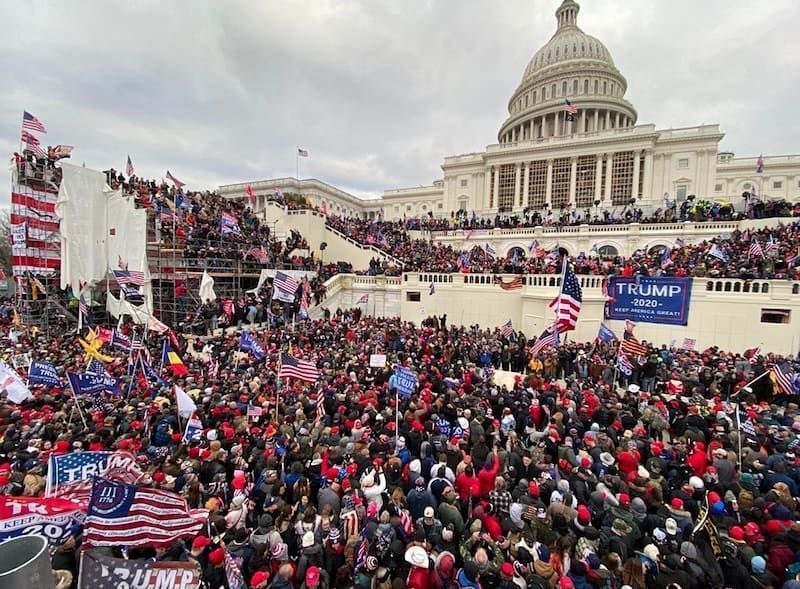 Washington: In a continuing story the certification for Joe Biden’s Presidential victory was abruptly put to stop when member of the house and senate had to be evacuated due to Trump-led protestors storming the US Capitol building. In what is very clearly the culmination of at least the beginning of the culmination of every conspiracy theory President Trump has spouted ever since he lost the elections in November.

The rally in Washington DC was itself announced and even attended by Trump in what many suspected would end up in violence.

Representative Mike Gallagher, a republican from Wisconsin had to shelter in place and talked to CNN, pleading president Trump to, “Call it off, tell them I lost, i support a peaceful transition of power, call it off” Adam Kinzinger, a republican from Illinois echoed those sentiments calling trhe incident, “the biggest stain on any republican politician ever, something you would expect to see in Belarus or Iraq, anyone who can call this off must do it, right now.”

When the initial clashes between the Capitol Police and trespassers began President Trump put out a tweet criticizing Mike Pence for not blocking the due process of democracy. This forced security officials to quickly evacuate the vice president from the premises. Once the protestors got inside the building after breaking glass windows using riot shields, a few made their way outside the senate chambers which were locked.

The session was promptly put to recess however the senators and congressmen could not evacuate due to most of the capitol being infiltrated.

There are currently reports of shots being fired inside the chamber premises. a certain rioter also managed to reach the speakers podium, as can be seen in pictures. currently there’s one confirmed report of a woman being in critical condition due to a bullet hitting her chest in the Capitol premises

Almost an hour after serious violence broke out in Capitol premises, President Trump put out a tweet , “I am asking for everyone at the U.S. Capitol to remain peaceful. No violence! Remember, WE are the Party of Law & Order – respect the Law and our great men and women in Blue. Thank you!”

Trump’s refusal to ask his rioter to stand down and encouraging them by fueling their false hopes may just be the darkest blemish on Trump’s legacy but as the President has shown time and over again he can stoop lower every given opportunity.