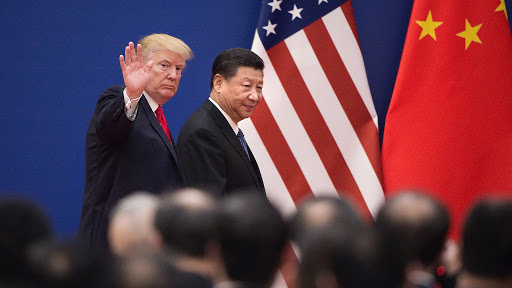 The President claims, Chinese agencies are being financed by unaware American Investors.

Washington: In his first major policy decision since losing the 2020 Election to Joe Biden, Trump went hard on Beijing passing the executive order to American investments in Chinese Firms. The administration claims that in light of security measures they had to take this decision.

The executive order aims to target top Chinese firms like China Telecom and China Mobile, companies listed on the NYSE (New York Stock Exchange). Along with these, the pentagon released a list comprising of 31 Chinese firms (1,2) that they suspect are funding the PLA

Chinese companies are private entities but are influenced heavily by the CCP. The Pentagon obviously finds this worrying as American Investors may be directly or indirectly funding Chinese Intelligence Agencies that spy and try to compromise the US and its citizens.

The order will come to effect on 11th January 2021, 8 days before Trump is obligated to leave the White House. Until then investors can either retract or divert their funds from the pentagon listed companies.

China is increasingly exploiting US capital to resource and to enable the development and modernization of its military, intelligence, and other security apparatuses, that continue to allow China to directly threaten the US homeland and US forces overseas, including malicious cyber-enabled actions against the US and its people, Trump said in his executive order.

The National Security Advisor Robert O’Brien said that the President has the utmost concern for national security on his mind and is unwilling to compromise to that end.

Republican Senator Marco Rubio also approved of Trump’s move praising the executive order, saying China exploiting the US capital market is a clear and ongoing risk to the US economy. Rubio also hailed Trump’s policy as a clear path forward for the country rejecting the interests of Chinese Companies and Wall Street to more favour the American worker and homegrown investors. The effect that order will have is yet to be seen however with Mobile Giants like Huawei and surveillance giants like Hikivision being on the list of forbidden companies it may be substantial

This comes after the recent statement by Secretary of State, Mike Pompeo “Taiwan was never a part of China” substantially increased tensions between Washington and Beijing