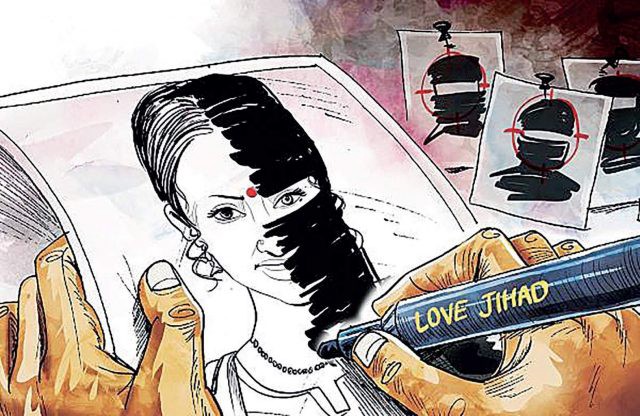 An ordinance against unlawful religious conversations was bought by the Uttar Pradesh Government. The approval for this ordinance was given by Uttar Pradesh Cheif Minister Yogi Adithyanath at a state cabinet meeting in Lucknow.

The ordinance comes after a 21-year-old college student Nikita in Haryana was shot dead by a man from Ballabhgarh. Nikita’s family alleged that the man was pressurizing her to convert into Islam and marry him. making it a case of Love Jihad and after a two-day meeting of National Executive Committee meeting of the Rashtriya Swayamsevak Sangh RSS in Prayagraj

Love Jihad is an alleged activity wherein Muslim youth utilize such emotional appeals, using charm to entice girls into conversion by feigning love – in some reports, as an organized, funded behavior.

In a similar case,after an FIR was lodged against a Muslim man who kidnapped a Hindu woman and married her forcefully he defended himself saying that two adults are free to choose their partners and its freedom of choice of the couple at the Allahbad court hearing.

Anil Vij ,Haryana’s home Minister said this law will also be brought in Haryana as well to curb incidents of love Jihad.

Apart from Uttar Pradesh there are several states who have a announced similar ordinance.