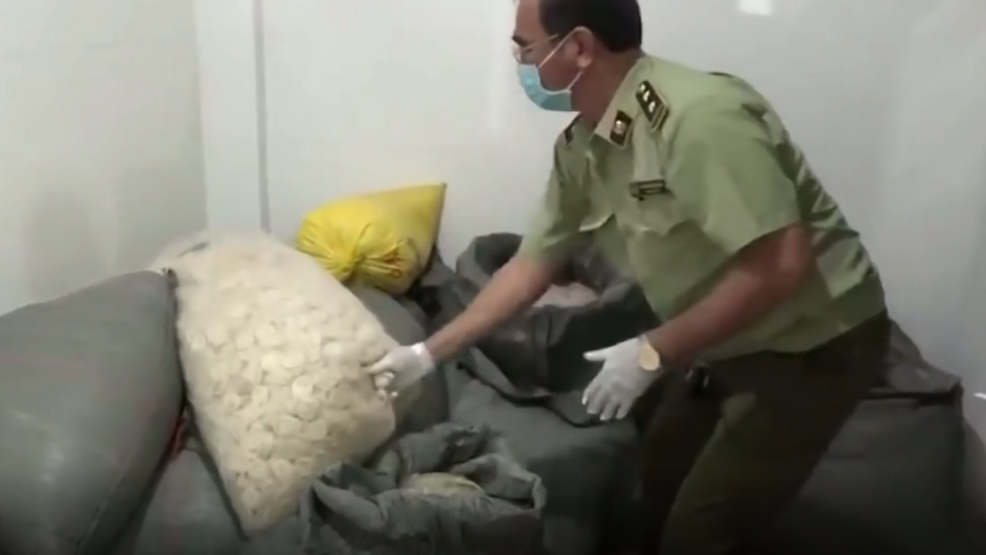 People all over the world are risking the life of another human being for their benefit.  The latest case is from Southeast Asian country Vietnam.  The police seized bags full of used condoms from here. According to a Reuters report, the footage was shot by Vietnam Television (VTV), which showed that the sacks were scattered all over the condom floor.

According to VTV, the police say that the weight of these bags is 360 kilograms, based on which the number of condoms in them is being told approx 3,20,000. According to a state newspaper, the owner of the warehouse says that he used to get condoms used by an unknown person every month. The condoms are found in a warehouse in Binh Duong province, near Ho Chi Minh City in Vietnam. Police has arrested a 34-year-old woman in connection with this case.  She is under questioning.  The woman told that the condoms they used to get were boiled first, then dried and reshaped using wooden poles. After the packaging was sold.  The woman said that on making two pounds of condoms, she used to get $ 0.17.

According to the VTV report, it has not been clear yet how many condoms have already been recycled and sold. The local person had informed the Vietnam police about this factory, Police said that they are finding out how many more people are involved in this work and this racket is spread in which parts of the country. Let us know that after using condom it has to be destroyed immediately because it is considered a dangerous medical waste.  A government official said, ‘The condom is considered a medical item and we will see how many laws the owner of the warehouse has broken’. Local people said that these condoms were sold at nearby hotels and shops.