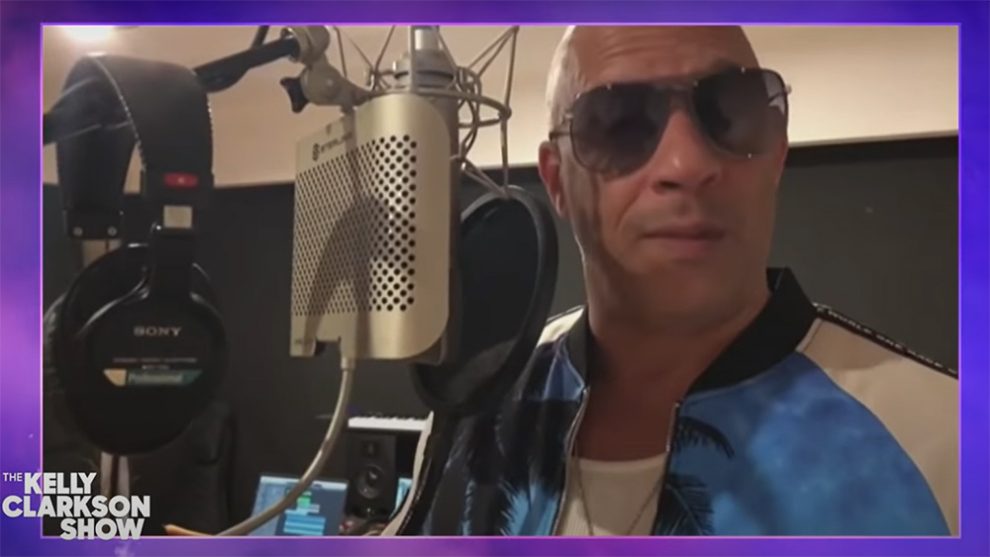 Fast And Furious star Vin Diesel debuts new song ‘Feel Like I Do’. The renowned actor became popstar with the song Feel Like I Do on The Kelly Clarkson Show. Vin Diesel has done something creative during his quarantine days. His song Feel like I do has been released on Youtube on 25 September on The Kelly Clarkson Show. Vin Diesel has said, “Kelly, he is so honoured to be able to debut his music on her show. It is because she is the first who won American Idol until today, have somehow maintained her authenticity.” Respect. Diesel further said that he is so blessed that on a year during a pandemic, he thought that he would normally be on a movie set while filming this song with which, as you know, that’s not possible, she made him felt like that he has another creative outlet.

According to Vin Diesel, Kygo is one who had believed in him. And, while the collaboration is certainly a surprise to many, it should be noted that Diesel has voiced his love for music (specifically, singing) before. Vin diesel has something finally good this year for his fans across the world. the Song is already hit on Youtube. Here you can also watch the song.

The first debuted song for Vin diesel “Feel like I Do” has got positive response from his fans. This song was uploaded at The Kelly Clarkson Show on youtube. Vin Diesel has been known for his action movies. But he has been turned to Popstart. In 2013, Vin diesel worked on a song on “Stay” by Rihanna.

If you have missed the chance the virtual audience members meeting of The Kelly Clarkson Show  who are dancing with new track, here you go by clicking the below on link of twitter.

Charlize Theron puts up Daughter’s day post for her kids!
Mandalorian Season 2:Here’s Everything you need to know.
Comment