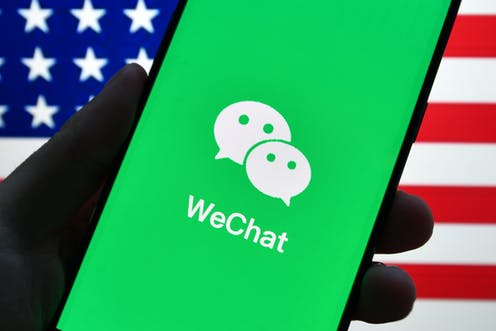 WeChat is a social media application which is widely in use by many many people to stay in contact with their people. In this post we are going to see why the US has taken this immediate decision to ban the application.

A sweeping but undefined ban on dealings with the Chinese owners of the consumer apps TikTok and WeChat was imposed by President Donald Trump, but it remains uncertain if he has the legal authority to actually bar the apps from the United States.

A week ago, the U.S. Department of Commerce sought to ban WeChat from U.S. app stores, but in California on Saturday, Magistrate Judge Laurel Beeler decided to suspend U.S. restrictions, claiming they would impact the First Amendment rights of users.

On Saturday, September 16, Beeler stopped the Trump administration from asking Apple and Google to delete the Chinese-owned WeChat messaging software for downloads. The complaint also claims that Beeler’s order was in error and ‘requires the continuous, unfettered use of WeChat, a smartphone app decided by the Executive Branch to constitute a risk to the United States’ national security and foreign policy. The Justice Department asked Beeler in a filing on Friday to accept an immediate ban while the case makes its way via trial.

However, many Chinese Americans use WeChat as a way to communicate with relatives back home and as ‘everybody in China uses WeChat,’ Willy Shih, a professor at Harvard Business School said. ‘It’s hard to appreciate how important it is for reaching people in China,’ he added

WeChat is owned by Chinese tech giant Tencent. WeChat helps the Chinese government to gather and use personal data on Americans to further its own interests, the Justice Department reports. In a variety of formats, including text , pictures, video , and audio, WeChat has about 19 million active users in the US.

The department of justice insists that if the court does not stay on its decision, the US will suffer irreparable harm, both substantive and procedural.