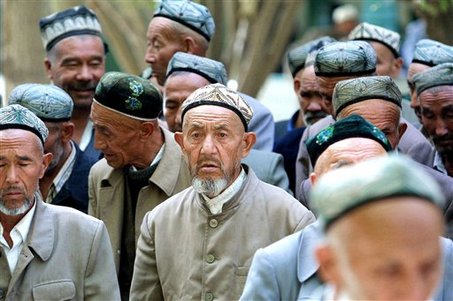 These questions are arising because according to the latest reports, the mosques of Uighurs in Xinjiang, China, are being demolished and toilets or liquor shops are being constructed. Along with the large population of Uighurs, China also harasses the population of about 3 million Kazakhs, Kyrgyz and Turks settled in China by keeping them in captive camps. Reports are coming out on the harassment being given to the Uighurs for years. Today’s case is based on a sensational report.  What happened is that China is facing allegations of ‘genocide’.

Muslims of the Ottoman community living in Central Asia are called Uighurs Muslims. Their language Uygar is also considered very similar to the Turkish language. Xinjianglocated in the northwest of China and its border is with Mongolia, Russia, Kazakhstan, Kyrgyzstan, Tajikistan, Afghanistan, Pakistan, and India. The largest population of Uighurs in the world lives in this area, but they are a minority in China. Before settling down where Uighurs were lives in different tribes. Accommodation used to change and then came to a standstill in their life. They settled their base first in Mongolia but He was attacked there. Then Uyghursfled to the west of China and Put a tent on an empty area.  At that time This part used to be cut from the rest of China and it was known as ‘Shiu’. The Qing dynasty merged this part into China in the 18th century and the new called’ Xinjiang’ Meaning, a new boundary.

When the civil war between Kuomintang and the Communist Party was going on in China, Xinjiang declared itself free. The Communists gained control of mainland China and Mao won in 1949.  Xinjiang was merged back into China. The Cultural Revolution of Mao came as a bulwark on the existence of the residents here. Communist Party offices were built in place of mosques and religious books were burnt. People from the majority Han community of China were settled.  The scope of the protest was abolished.  Detention camps were set up for Uighurs, where efforts are on to change their identity.  Millions of Uighurs Muslims are closed in these camps.  Their painful stories sometimes come out.  Reports are published continuously in international media.  The experiences of persecuted Uighurs are shared.

Dr. AdrianZenz is one of the world’s leading scholars on the People’s Republic of China (PRC)government policies towards the country’s western regions of Tibet and Xinjiang. This time a similar report has come out in which it has been claimed that under a conspiracy, the population of minority Uighurs in China is being reduced. In the month of July, he raised some questions by citing the official documents of China.

There was a figure in it, according to which, within two years, the number of sterilizers in Xinjiang increased by five times.  In 2016, less than 50 people underwent sterilization per one lakh population, while in 2018 this figure reached 250. Zenz in his report said that according to the definition of’United Nations’ it is a case of ‘genocide‘.  It literally means ‘an attempt to eradicate a particular caste’.  The term first came into vogue in 1944.  In Paul’s lawyer Raphael Lemkin’s book ‘Axis Rule in OccupiedEurope’.  In 1946, the United Nations considered ‘genocide’ a crime. Two years later, the Genocide Conference came into existence.

The Genocide Convention of the United Nations gives five definitions of ‘genocide’.As per point number four: – The steps imposed to stop a new birth in a community also fall under the category of genocide. On the basis of this definition, Zenz alleged that China is forcibly working towards reducing the population of Uighurs Muslims.

Government’s response to this report

Xinjiang government said in its reply

America has taken a step in this matter

July 9, the US banned three senior Chinese Communist Party officials. The US took this step in view of the human rights abuses of Uygar Muslims. Earlier, the United States has warned of action against China. The Trump administration’s actions on Thursday was a long-awaited breakthrough A global response is long overdue,” said Omer Kanat, the executive director of the  Uyghur Human Rights Project. “This is the beginning of the end of impunity for the Chinese government.”

Coronavirus: Donald Trump to keep U.S opened while in UK, Prime Minister Reimposes restrictions
First female astronaut to land on the moon by the end of 2024
Comment