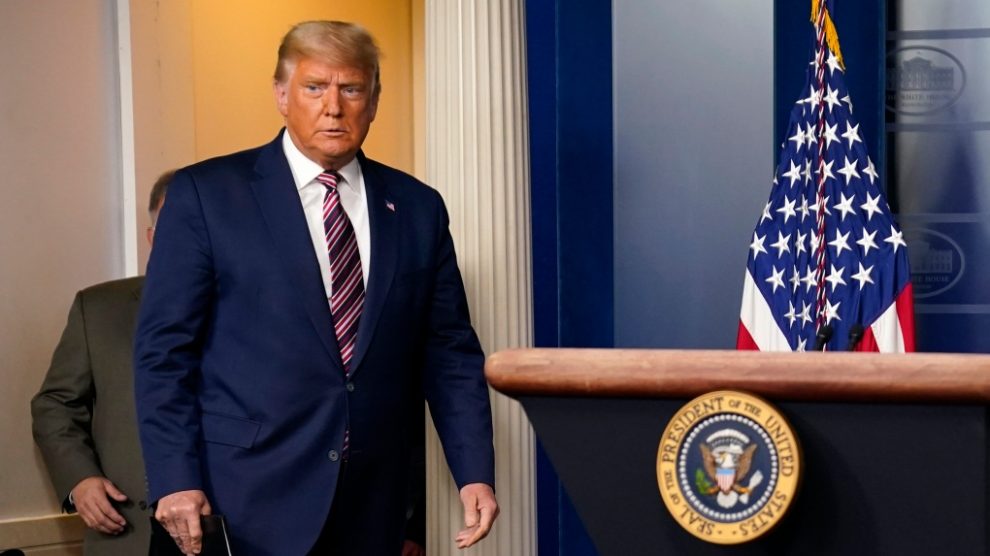 Trump appeared to have conceded on twitter shortly before retracting his statements.

Washington: Concerns have been mounting about how the Trump administration plans to handle the inevitable Biden transition come January 20th. Over a week has passed since Biden was elected the 46th President of the United States, the current president is yet to concede or accept defeat publicly.

There seemed to be some hope when Trump tweeted late on Sunday, “He(Biden) won because the election was rigged.”  Further suggesting there to be extensive voter fraud and vote watchers being denied access to watch the count. Many news outlets picked this up as this was the first time since the election that Trump acknowledged he lost/Biden won.

This may have come to the president’s notice since an hour later he retracted these statements saying “ He only won in the eyes of the FAKE NEWS MEDIA.” Further trump clarified in the same tweet, “I concede NOTHING”

The US Election Security commission has denied Trump’s allegations of voter fraud and went on to say that the 2020 Presidential Elections were among the most secure elections in history.

It is important to note that most media outlets have called all states bringing the tally to 306-232, the same margin Trump won by against Hilary Clinton in the 2016 Election. Trump had then declared this a “Giant Landslide” back in 2016 the very next day.

Sunday also saw the MillionMAGA March take place in Washington DC. Trump supporters flocked to demand justice in the counting process. Reports also suggest that the far-right group, “The Proud Boys” were also present at the march. The proud boys have been declared a hate group by the FBI. Trump drove past the rally, although he never made a stop, heading to play Golf. Far-left group Antifa (Anti-Fascists) were also at the event that they dubbed “MillionMoron March”

A few scuffles broke down among the groups however these were bought under control. Around 20 people were arrested. Though the march was dubbed A Million Maga March around 10000-20000 people showed up most without masks while the US is hit with its second wave on Covid-19.