Though pandemic may have shaken up the business world in an unprecedented way, Indian startups are showing their global peers, what it takes to realign strategies, rethink business models and adapt to the new normal in a jiffy. What has also pushed Indian startups into this direction is the ongoing tension between India and China. In an uncharacteristic manner, foreign investors are now heading towards Indian shores, which has brought in a sizeable windfall for Indian startup owners. This shift in funding sources has allowed young, talented individuals like Gulrez Alam, Founder-Director of Teamology, to dream big for the future.

The Indian government’s flagship programme to boost the growth of Indian startup ecosystem – Startup India – was launched on January 16, 2016. In the last one year, the country has witnessed as much as 57% growth in the number of government-recognized startups. The Department of Promotion of Industry and Internal Trade (DPIIT) released a vision document in 2019, where it aimed at 50,000 new startups, 20 lakh direct and indirect jobs by 2024. To achieve these goals, the DPIIT has also proposed allocating Rs. 10,000 crore Corpus Funds to this effect. With this, the government has also recognized startups as a “key component” to entrepreneurial growth in the country.

Speaking on this, Gulrez Alam, who launched his company just a few months back, says, “The government has shown trust in the startup ecosystem and it is encouraging for youngsters like us, who want to create jobs instead of running after jobs.” The story of this driven entrepreneur is unique, one which begets sharing here.

Gulrez zeroed in on his direction in life once he had completed his graduation as a BCA. His yearning for knowledge made him study for Masters in Computer Application but it didn’t stop just there. He went on to earn a certification in Google Fundamentals of Digital Marketing and Digital Sales too. Despite being jobless for almost a year after MCA, a chance meeting with an old friend got him his first internship as a software developer in a Delhi-based company. Soon after he got a full-time job and never looked back.

His multiple stints with IT companies got Gulrez interested in digital marketing. He was the first among his peers to notice the power of this medium and, that is why, he left his well-earning job to dive into the world of Internet. During this time, he also got back in touch with his friend Md. Badshah Ansari, who started working as  a digital marketer at the age of 16. Badshah had also made the Internet his guru in marketing basics. Together both of them launched the website, sarkarinaukriind.com, for interested candidates looking for “accurate and authentic information” regarding job openings in the government sector across India.

Talking about his inspiration behind the website, Gulrez says, “During my jobless days, I used to search for a website where I could get all the information about ‘Sarkari Naukri’, but unfortunately, there was authentic websites to help me. Around that time, I began to toy with the idea of launching such a website myself and together with Md Badshah Ansari, I eventually ended up here.”

Counting on his own struggle, Gulrez also launched Teamology with his friend Md Badshah Ansari in August 2020 with Kolkata as its base. The company connects with clients globally and its USP lies in affordable digital marketing and PR for medium and small enterprises, as well as for social media influencers.

Now with the government pushing the startup ecosystem too, sky is the limit for entrepreneurs like Gulrez and Badshah! 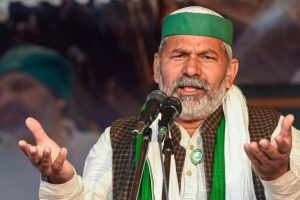 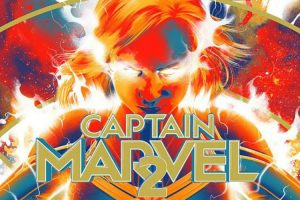 Manoj Bajpayee shares the trailer of his new documentary
“Legends Of Tomorrow” Season 6: Release Date, Plot And Other Updates
Comment